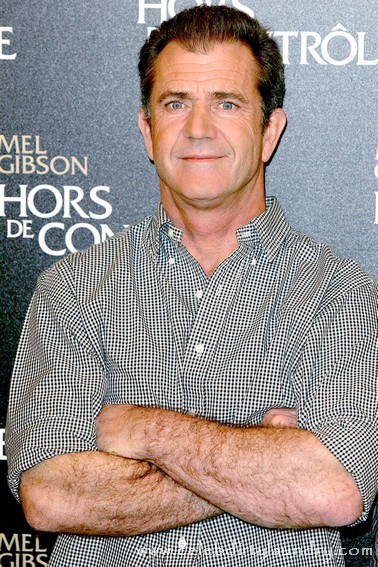 Mel’s team are confident that Otto’s testimony will clear him criminally.  Otto’s interrogation by mel’s legal team is set for Friday, February 4.

In anticipation of the deposition, Mel’s lawyers have subpoenaed documents and photos that Otto claims prove details of his past relationship with Oksana.  A source says “Gibson’s camp believe Kristian will admit Oksana is grossly exaggerating her version of events in relation to the domestic violence allegations”

Oksana claims that while she held their infant daughter, Lucia, Mel punched her in the head on January 6, 2010, at his mansion in Malibu, knocking out two veneers on her upper front teeth.

A source for Oksana counters with “He is not a credible witness – here you have a convicted criminal who has gone from ingratiating himself into Oksana’s life with the promise of free bodyguard protection, declaring his support for her, to then supposedly switching camps and supporting Mel, all this coincidentally around the same time that his romantic advances to her were spurned.”

Oksana’s source added “Any judge or jury that takes one look at the document will see that he is delusional.  Despite knowing Oksana for just a few weeks, he calls her his ‘best friend in the world’ and bequeaths to her 100 percent of his assets.”

Otto has claimed he is writing a tell-all book in which he will publish thousands of text messages and emails that purportedly prove he was intimate with Oksana, including one photo he released showing a scantily-dressed Oksana sitting on the edge of a bed with her arm supposedly around him.

Of course a photo expert engaged by Oksana’s lawyer concluded it was a “bad Photoshop composite.”

Such a circus of liars and hypocrites – Mel, Oksana, Otto, Oksana’s Dentist – will somebody please just tell the truth!