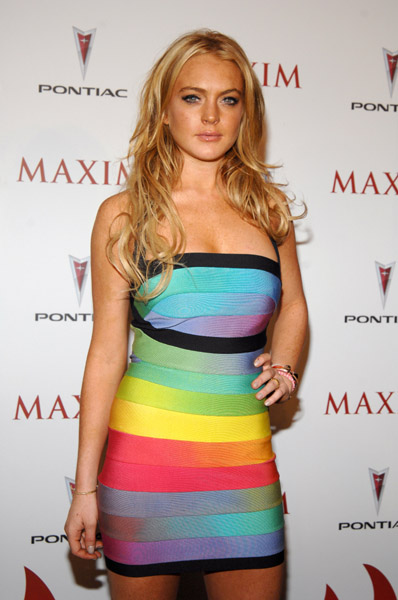 It seems like Lindsay Lohan or at least her team, attempted to buy the silence of a potentially damaging witness against her, Dawn Holland, ex-employee of the Betty Ford Center.  Lindsay Lohan came back to Betty Ford one night past curfew and possibly drunk – an argument ensued with the employee on staff – Dawn Holland – who claimed to have been assaulted by Lindsay.

According to Dawn, a drunk Lohan, 24, and two other female patients tried to sneak back onto the rehab’s premises by jumping a wall but were caught by security.  But Holland, a recovering addict, retreated from the explosive charges she first made in a paid interview with TMZ.

Now it turns out that Dawn secretly cut a $25,000 deal with Lindsay’s people after refusing to testify against her.  But get this, Dawn fired her Los Angeles-based attorney Keith Davidson on Thursday afternoon after the payoff never materialized.

Davidson says that he is no longer representing Holland and says the decision was “mutual.”

“Dawn agreed to a $25,000 payment from someone directly associated with Lohan’s camp,” a source with knowledge of the situation said.

The source continued: “Dawn wanted the amount paid upfront. But Lohan’s camp wanted to spread it out over a period of a few months, paying her in installments. That didn’t suit Dawn, so the parties then agreed, in principle, for Lindsay to participate in a sit-down television interview with Dawn.  The plan was for Dawn’s camp  to shop the interview to various media outlets. When the deal didn’t materialize, Dawn became frustrated, fired her lawyer and engaged new legal counsel.”

May we suggest that Betty Ford’s human resources department do a better job screening future employees.