Lindsay Lohan’s Next Role is A Zombie? 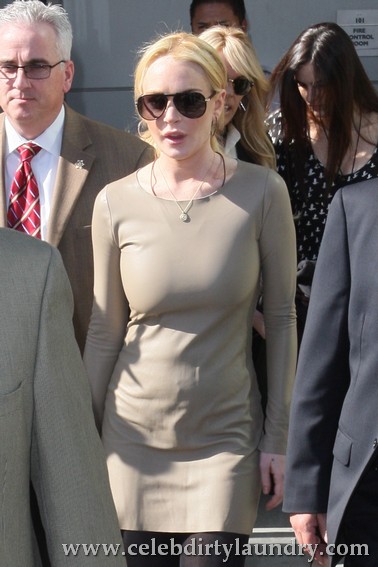 Lindsay Lohan, 24, who has had nothing but problems the past year is said to want to be a zombie in her next role.    She desperatly wants a role on the hit television show The Walking Dead.  Lindsay’s acting career has taken the back burner past year as she has spent time in jail, rehab and now has new problems with her alleged theft of a gold necklace.

When Lindsay left The Betty Ford rehab centre she said her priority was to put her life and career back on track again.   Unfortunately, until the necklace theft is solved she is going to have a hard time doing that.    She recently decided not to accept a plea deal and instead decided to go to trial.   Until that is behind her I cannot see any roles in her future.

Nevertheless, Lindsay is said to be a fan of The Walking Dead and a source said, “Lindsay is a fan of the show and like the idea of appearing in what would be a fun cameo as a zombie.”    I have to think that the reason Lindsay is considering television is because with all her problems she will not be easy to insure on a movie set.  Perhaps a successful stint on television is just what she needs.