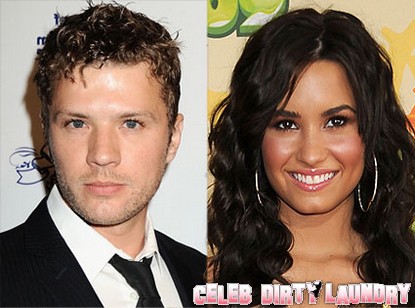 There are rumors circulating on the internet that Ryan Phillippe and Disney starlet Demi Lovato are dating. We had to stop and take a breath after laughing at this one.

Consider the fact that he’s 36-years-old and she’s only 18. Surely stranger things have happened and he is a hot piece, but still — come on guys, really?!??

E! News suggests that the two have been dating for the past few months, quietly. So quietly, we’re sure, that not even they knew about it. Ha.

A source said, “It was really hot and heavy for a while”, adding that Demi didn’t know that Ryan was going to be a dad again “until it basically happened. It kind of threw her for a loop.”

Ha. This is all way too crazy…but I’m sure I’ll be eating my words if it’s actually true. Until then, LULZ.

What do you think? Are they the next hot new couple? Or are they just friends who were likely to be standing next to each other in a photo? Thoughts?