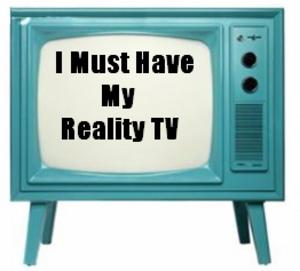 Gordon Ramsay’s Hell’s Kitchen (I don’t understand how he finds so many restaurants to give away) returns this summer, as well as his fairly new show Masterchef.   So You Think You Can Dance premieres May 26 with a new season of legitimate dancing. Returning will be my favorite group of judges/hosts in the entire reality TV universe.

First off, there’s the extremely-annoying-but-I-love-her-because-everyone-hates-her Mary Murphy. She’ll be returning after her bout with cancer as a resident judge alongside exec-prod Nigel Lythgoe. Secondly, Cat Deely–with her super-fake sounding Australian/British accent–will reclaim the position as freakishly tall host. And then there’s badass Mia Michaels, the one person on television whom I would not want to stumble across in a dark alleyway.

That will all be happening on Fox.

Jumping on over to ABC, a whole bunch of favorites will be returning, including: The Bachelorette, which will premiere this Monday for two hours; The Bachelor; a new Extreme Makeover series, Extreme Makeover: Weight Loss Edition; and then of course the entertaining Wipeout. There’ll also be a slew of new shows, but I have a feeling we won’t spontaneously combust if we miss them once or twice. I’m not a huge fan of ABC reality TV, but be assured that Celeb Dirty Laundry will keep you updated.

NBC has America’s Got Talent; The Marriage Ref; The Voice; and a new dating show set in Costa Rica entitled Love in the Wild.

Then of course there is, wait for it . . . Big Brother on CBS! If you’re a Big Brother newbie, trust me when I say that you won’t want to miss this season. The show is on its nine thousandth (exaggeration) season, so now’s a good of a time as ever to give it a shot. Plus, Julie Chen is hosting. Who doesn’t love Julie?

Cheers to the dawn of a new summer season of hot and spicy reality TV! How are we ever going to keep up with it all? If we’ve missed one of your favorites, be sure to drop us a note in the comments section!