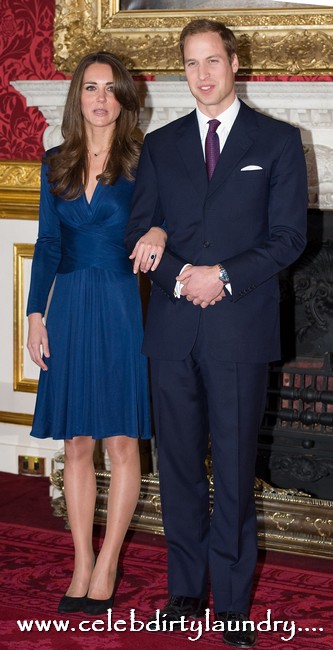 Prince William and Kate Middleton’s royal wedding quickly approaches! And the guest list has been revealed–sort of. While it hasn’t exactly been “confirmed” by any of the royal parties involved, it can be assumed that the list of attendees is pretty much set in stone.

E! Online has reported that the Daily Mail has “released what is allegedly the guest list for the wedding of Prince William and Kate Middleton.” And guess what, Celeb Dirty Laundry wasn’t invited . . . their loss.

Approximately 650 people, including celebrity royal and actual royalty, are expected to receive invitations to one of the biggest-most-important weddings of the year–and probably of the decade. After all, it’s not every day Britain gets themselves a new king and queen.

As reported by the Daily Mail: Prince Charles and the Duchess of Cornwall sent out 250 invites, same with the royal couple; Kate’s parents were allowed to invite 100 guests; and the Queen was allowed only 50 (sad). Among some of the famous guests are the Beckhams, Guy Ritchie, Kate’s ex, Rupert Finch, and all of the Prince’s exes. Hm?  That doesn’t sound awkward at all.

For a closer look at the people invited to the royal wedding (we’re not listed yet, but expect to be receiving one sometime within the next week or so) check out HERE