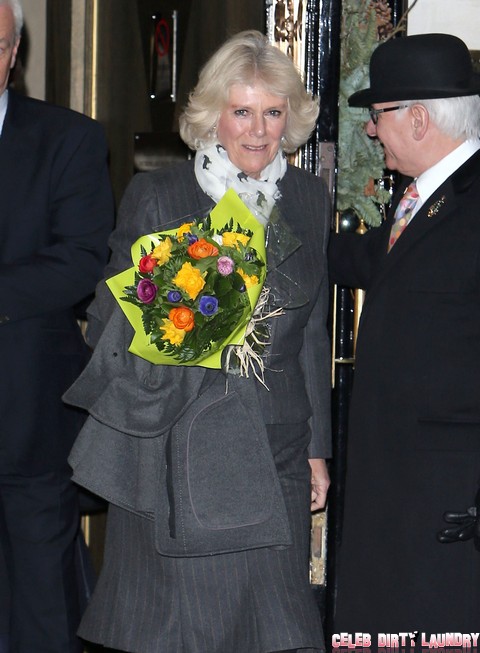 Camilla Parker-Bowles will be crying herself to sleep for the rest of her life, because being a part of the British monarchy is now nowhere within reach.  Now that Kate Middleton is pregnant the public is demanding that Prince William become King William, immediately.

The tension between Camilla and Kate has been mounting for some time.  Kate does not like Camilla, because she is the reason for Prince Charles and Princess Diana’s marriage crumbling.  Anything that upsets her man is going to upset her.  Camilla does not like Kate, because she knows that Kate is loved by the public, which is something that Camilla has yearned for from the beginning.

At this point Camilla doesn’t have much going for her aside from her own family.  Prince Charles’ family can’t stand her, but they put up a front so as to seem like a united family for the public.  Camilla has been nothing but a disgrace and no amount of time is going to remove the memory of what she caused.

Most recently it was reported that Camilla has turned to alcohol as a coping mechanism for this turn of events and had gone into a drunken rage over the pregnancy news.  She was ordered to detox in India and it was reported as a spa vacation so as to not draw attention from Kate and the pregnancy.

I just don’t understand.  Camilla had to have known that she would never sit on the throne next to Prince Charles.  She had to have anticipated Prince William getting married and eventually having kids.  He is by far the most popular and favorite royal after all. (Don’t worry Harry…you’re still my favorite!)

What do you think readers?  Is Camilla just a hot mess who can’t let go of what she thinks might have been?  Will she ever stop causing drama for the royals?