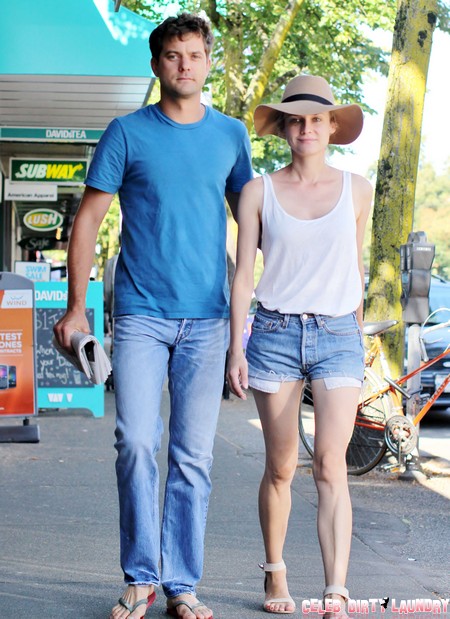 Katie Holmes, in all her fame whoring glory, has been reconnecting with her former ex, Joshua Jackson. However, Diane Kruger’s “fringe” wasn’t very happy about it, as the fringe was seen whipping back and forth like Willow Smith. Katie and Joshua were an on-screen and off-screen couple during their breakthrough “Dawson’s Creek” stint, but became a distant memory – like an old hamster – after Katie’s marriage to the dysfunctional Tom Cruise. According to the National Enquirer, Diane has been trolling the forums of jealousymakesyounasty.org. Well, not really, but wouldn’t it be funny?

An insider revealed, “Diane has been dating Joshua since 2006 – just around the same time Katie married Tom. Even though Joshua’s relationship with Katie lasted a year, Diane know that it burned red-hot. I think that bothers Diane deeply.” What? Katie Holmes was in a red-hot relationship? Hit us with a fish and call us Steve! The only red-hot aspect to Katie was her dead career which suffocated under the weight of media scrutiny. A long time ago, when Backstreet Boys’ fashion sense was still being emulated by teenagers, Josh told friends, “Katie told me I was her first love and she would treasure it forever.” Didn’t she say the same thing about Tom? Or was it Tom that said it about her when he jumped on Oprah’s couch?

Joshua was on the Canadian talk show George “Supercalifragilisticexpialidocius” Stroumboulopoulos – try saying that while you’re drunk – where Joshua confessed that Katie had phoned him. Joshua, referring to Suri Cruise, said during his interview, “Like any old friend, it was like, ‘Oh, hi, how are ya? What’s going on? I had a kid.” He added that the chat was “very nice actually.” Diane allegedly ripped out a cordless telephone and cried on a wall when she saw the episode.

The insider added, “That kind of talk will have Diane green-eyed with jealousy. I think she wants Katie as far away from her man as possible so she doesn’t get a chance to steal him back!” Hmm, okay! We would love to see (and respond) to your comments below as soon as we’re done answering an inbox on jealousymakesyounasty.org – Freddyiane Kruger111 sent it.