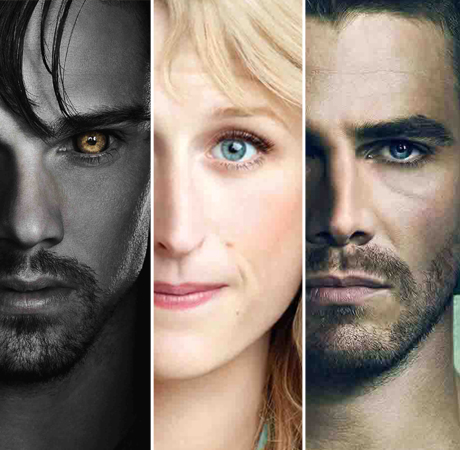 The 2012 Fall television season is here and there are so many new shows that we are uber excited about. This year seems to be bringing in an abundance of new shows and, if you’re a bit overwhelmed like we are, then we’re here to set you straight. We’re gonna tell you what’s going down this season. We’re gonna tell you what’s gonna be good, what we’re most excited for, and, perhaps most importantly, whether or not we think each new show is going to hit the big time or be a major flop in that murky, deep-end of the pool where nobody cares to swim. Because, let’s be honest, flops aren’t out of the ordinary in the land of television.

Over the next few days, we will be featuring each station along with the new  shows they’ll be premiering. One of our favorite channels is The CW, primarily because of its amazing ability to capture and appeal to the young adult voice so well. They will be premiering three new shows in the first part of the fall season, with two others premiering mid-season: The Carrie Diaries and Cult.

Beauty & the Beast: With this show, which has Kristin Kreuk playing a homicide detective who stumbles across a man with a beastly secret (*ugh*), the CW tries its hand at creating yet another supernatural drama. And that may or may not be smart on their part. Remember how the Secret Circle worked out? Umm . . . not so hot. However, we’re not saying The CW doesn’t have the magical powers necessary to pull out a wonderful paranormal series. They are, after all, the parents of powerhouses such as The Vampire Diaries and Supernatural, which is on like its 500th season.

While this isn’t the show we’re looking most forward to this season, it will occupy a very good time slot, filling the hour right after the extremely popular Vampire Diaries. We will probably tune in just because our minds will already be in OMG-I-Love-ALL-Things-Paranormal-and-Cheesy-Angst mode — a mode we love to be in by the way — but the hope-meter isn’t going to be raised extremely high.

Honestly, we don’t think the world needs another fairy tale retelling, especially one as seemingly unoriginal as this. The TV world already has two very successful, very original fairy-tale-themed shows, Once Upon a Time and Grimm, so perhaps the CW should stick to its serial dramas, which they excel with. Of course, we’re going to give this a chance. We always give one chance — but never second chances *Mwuahaha*

Emily Owens, M.D.: This basically seems like it’s going to be a watered down version of  Grey’s Anatomy, complete with high school drama and plenty of angsty-almost-thirty-year-old doctors with fancy brains. In other words, it’s a medical drama injected with CW-juice.

The show, which focuses on Emily Owens, a recent med school graduate, has already gotten quite a bit of guff for its apparent un-originality and  its weak, uninteresting female character. Mamie Gummer plays the role of Emily. We’ve heard more about the fact that Mamie Gummer is Meryl Streep’s daughter than we have about the actual show. In other words, Meryl, the world would appreciate a guest appearance.

Arrow: Watch out, Katniss Everdeen, there’s a new badass archer in town, and he calls himself the Arrow! With Smallville now ancient history, it was only a matter of time before The CW conjured up another superhero show. I think this was a very smart move on CW’s part. The Green Arrow is an interesting vigilante who will appeal to fans because, unless you’re a hardcore DC Comic fan, many folks are unfamiliar with his story.

Stephen Amell plays Oliver Queen (AKA “The Arrow”) and we think he’ll bring the necessary brawn, energy, and superheroism necessary to pull this character off.