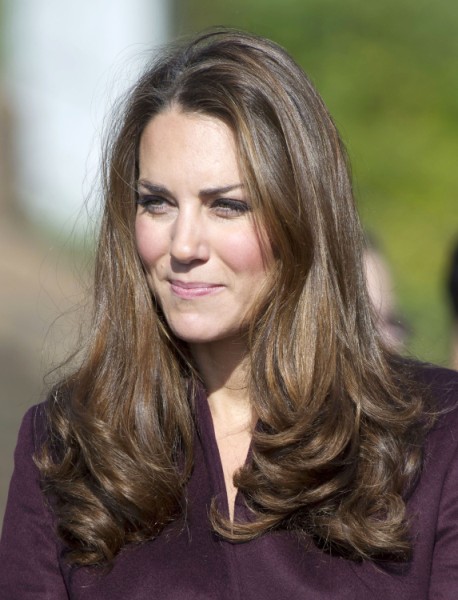 Someone should have sat Kate Middleton down and talked this one out a little better. Your first public feud is important. It’s a landmark time. You have to choose wisely because you have to win without looking like a bully. So choosing an ex-Scientologist (?) who lost her famous father at a young age only to go on and marry two head cases like Michael Jackson and Nicholas Cage (and some others) probably wasn’t the best decision. Lisa Marie Presley is scrappy. Lisa Marie Presley will cut a bitch whether she’s royal or not. So poor, silly Kate, listen close. If Lisa Marie Presley says the British education system sucks then just use all that royal schooling to purse your lips and MOVE ON! Ain’t nothing good can come from fighting with crazy.

But that’s what she’s doing! According to the National Enquirer Kate Middleton is pissed at Lisa Marie for insinuating  Britain’s schools aren’t good enough for her four-year-old twins even though she never said anything remotely like that.

“Kate is livid that Lisa Marie refuses to send her children to an English preschool,” a source told the mag. “She thinks it’s outrageous and certainly in poor taste that Lisa Marie lives in England, but doesn’t trust the country’s schools. She said if England is good enough for Lisa Marie and her family, then surely the educational programs should be perfectly adequate for her kids.”

Apparently Kate is considering banning Lisa Marie from royal functions because in an interview she said she wasn’t ready for her kids to go to school until they were five or six. Lisa Marie said, “That’s the age they start in the States. I just don’t want to shove them off so early. I’m stunned when I see the age range. I don’t want to lose them that quick.”

But that sounded snotty and anti-British to Kate for some reason. “Kate knows things are done differently in the UK than the United States, but she’s convinced that children in England are more self-sufficient and capable than kids in America,” added the source. “Kate hopes someone persuades Lisa Marie to enroll her children in school early. And if she does, Kate will consider lifting the royal ban!”

God bless you Enquirer. This is such a pile of shit but I love every bit of it. Isn’t Lisa Marie hiding from Scientologists and working as a fish and chips girl out of a food truck somewhere in England? Ya, I doubt many royal invitations come her way. This was a clever way for the Enquirer to encourage Kate as the “Children’s Princess” which apparently is a title the royals are pushing especially since she seemed so comfortable at that Girl Scouts event in the woods. There were some pictures that really looked like she was ready to shoot herself out of boredom.

Regardless, the princess of rock ‘n roll/ex-wife of the king of pop vs. the Duchess of Cambridge? I think Lisa Marie has the better titles for now. Let’s return to this when Kate is the Princess of Wales. Until then she should keep the feuding to the royals. Camilla Parker-Bowles is too drunk most of the time to know when she’s in a fight and Pippa Middleton can’t ever stay angry for long – she needs those connections!

Is Kate Middleton fighting with Lisa Marie Presley? Is this too crazy to make up?