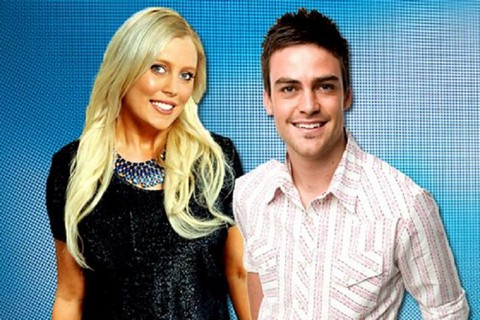 Kate Middleton’s pregnancy has given birth to more than just headlines and a boon to tabloids that finally got their predictions about the state of her uterus right, but to tragedy as well. Following the Duchess’ hospitalization for severe morning sickness, two Australian DJ’s decided to play a prank. Mel Greig and Michael Christian, of the Summer 30 show on Australian radio station 2Day FM, called The King Edward VII Hospital and pretended to be Queen Elizabeth and Prince Charles who were asking for an update on Kate’s condition. The nurse, Jacintha Saldanha quickly obliged, giving out confidential information. The DJ’s were initially proud of their joke but it’s no longer a laughing matter as the woman who was fooled committed suicide.

Saldanha was found dead shortly after 9 a.m. at her London residence, leaving behind a husband and two children. The police do not suspect foul play but the radio DJ’s more or less have blood on their hands. They must know they bear some guilt since they took themselves off the airwaves. Southern Cross Austereo, the owner of the station, released a statement explaining their absence. “SCA and the hosts have decided that they will not return to their radio show until further notice out of respect for what can only be described as a tragedy.”

Ultimately, this was a tragedy that could have been avoided. This hoax that led to a security breach cast a shadow over all that Jacintha Saldanha accomplished in her life. Up until a few days ago, she was a dedicated and well respected nurse. She was a wife and a mother. She was a woman with friends and family but in an instant, her personal biography was lost.

Yes, the impending birth of Prince William and Kate’s baby will be a celebrated affair, but the baby messiah is not actually coming into the world to save it from its sins. For Ms. Saldanha, she was the obvious scapegoat for this ruse. The hospital promised punishment, the Royals kept their stiff upper lip and were not amused by the security breach and the media was rubbing her nose in what happened. Saldanha might’ve been her own worst critic since many Brits are loyal to the monarchy beyond all else, even their own lives.