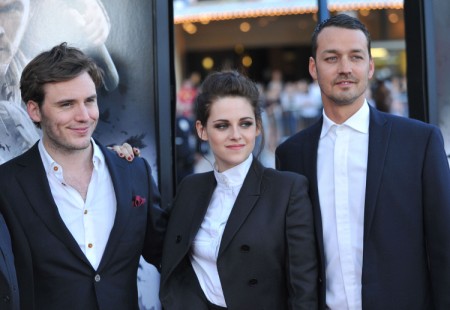 Kristen Stewart and Rupert Sanders’ betrayal is shocking the entertainment world as their incriminating photos are plastered all over the internet this morning. But was the affair such a huge surprise? Let’s look back at the evidence and judge if Robert Pattinson should have been worried all along.

It hasn’t been an easy road for the Twilight lovers since they wrapped up shooting the final installment of their blockbuster franchise last spring. Robert and Kristen’s careers have been on very different, very busy tracks and the time apart got to them at times. In early June CDL reported the first wave of problems:

“They’re having a tough time,” a source told ShowbizSpy.com. “They’ve both been very busy with their various work commitments over the past few months, so they rarely get to see each other.”

But when they do manage to be in the same city, all the couple do is get all crusty over petty annoyances. “However, when they do see each other, they end up fighting over little things. For example, Kristen hates it when Rob messes about on his phone when they’re in bed. And Rob hates it when Kristen texts at the dinner table!!”

Then, a couple weeks later, there were the rumors that Rob was partying too much and blowing Kristen off to be with his friends. Interestingly enough, Rob’s massive brush off happened right before Kristen flew to Australian to do the promotional tour for Snow White and the Huntsman with Sanders. She was said to have been pretty upset when Rob didn’t show up to see her go. Did Rob’s lack of sensitivity drive her into Sanders’ arms then?

And lastly, we’ve got the jealousy issues. Kristen’s career is red hot and Robert’s is not so much. They’ve both had their chances post-Twilight but Kristen has just capitalized on hers a little better. And some people (me) think she’s just a hell of a better actor and I think Rob knows that. He didn’t want her considering the role of Anastasia Steele in Fifty Shades of Grey and sources at the time said his jealousies were creating a wedge between them.

Now, all of this could be nothing, but it also could be something. If Kristen Stewart cheated then she needed a motive. And these are pretty good ones for a young chick who’s been in a relationship for a long time. What do you think?

Check out the video I found below. It’s Kristen and Rupert giving an interview together for SWATH. Their relationship is tight and a little too chummy for a director/actor, don’t you think? Is this revealing to you? Have you ever seen Kristen giggle so much in an interview? And before you freak out, I understand they were promoting a film, but I’ve watch a lot of interviews, and actors and directors aren’t always this… happy to be around each other.