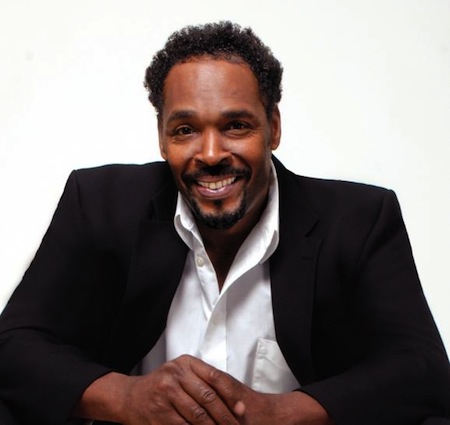 As many of you have likely heard, Rodney King died yesterday morning at the age of 47, after being found by his fiancee at the bottom of a swimming pool. What you may not know is that in 2008, he appeared on the second season of VH1’s Celebrity Rehab with Dr. Drew, which makes him the third patient to die after appearing on that show.

During his time there, Rodney talked to Dr. Drew about the infamous night he was victimized by police brutality at the hands of the LAPD, which was all caught on tape thanks to a concerned citizen, who filmed it from his balcony. Rodney King told Dr. Drew that the reason he sped away from the police was because he had witnessed enough beatings by the LAPD to know what was coming to him, but he also knew there was no way he was going to get away, so he sped over to where some houses were so people could see it. Rodney, who had been drinking the night of the beating, also said he feared going back to prison because was on parole at the time for a robbery in 1989, and drinking was a violation of his parole.

Interestingly, Rodney also expressed awareness for his controversial reputation and hinted that part of the reason he came on the show was to show the world who he really is, which he seemingly did a good job of, for he appeared likable. He got along with all of the other patients and stayed out of all the arguments, and even specifically expressed that he did not like confrontation.

Two other patients have died after appearing on Celebrity Rehab with Dr. Drew.

Alice and Chains bassist Mike Starr appeared on the fourth season of Celebrity Rehab with Dr. Drew in 2010. During his time there, he suffered severe opiate withdrawals after coming off methadone, a drug that is often used to help suppress the cravings of recovering heroin addicts. Unfortunately, methadone itself is an opiate, making it equally hard to come off of. Sadly, he was found dead a year later on March 8, 2011. He was 44. Cause of death? Prescription drug overdose.

Actor Jeff Conaway appeared on the first and second season of Celebrity Rehab with Dr. Drew, both of which aired in 2008. During his stay there, he struggled with addiction to painkillers after undergoing multiple back surgeries. Sadly, he followed in the same footsteps just two months after Mike Starr when he died in the hospital on May 27, 2011. He was 60. His cause of death, however, was not drug-related, but rather due to a combination of pneumoia and blood poisoning, which he did not treat in time.