Sons of Anarchy: Gemma Will Never Be More Than an ‘Old Lady’ 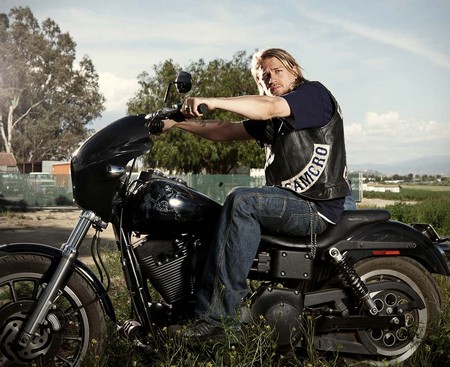 Sons of Anarchy said good-bye to Opie last night as they weaved his wake and funeral throughout the entire episode. Opie was laid out at the SAMCRO clubhouse as his biker brothers had him with them for one last day. While the dead was respectfully eulogized, Gemma made life a living hell for almost anyone who crossed paths with her.

The Sons of Anarchy writers did a good job with last night’s episode depicting the club’s emphasis on the biker world’s tendency to be a male dominated sub-culture. They used Gemma’s character to demonstrate that being a male trumps all other forms of hierarchy in this family of outlaws.

Even the mother-son relationship she has with Jax did a 180 last night as her son exercised his liberties as club president to put her in her place as nothing more than another old lady with no say in club business. Gemma’s place will always be on the back of a bike, in this male dominated biker world. Knowing this won’t stop her from trying.

Jax didn’t like his mother taunting Clay when Nero showed up at the club. She played out a scene of romance for her estranged biker husband to witness. Jax is working toward putting an end to the club’s self-destructive behaviors and trying to bring SOA back to its origins. His mother’s back-stabbing traits seemed to show up in Jax last night as he found a way to pull Gemma away from Nero.

Nero proved himself as nothing more than superficial when he agreed without a blink of an eye to severe his relationship with Gemma to be part of a new business venture that Jax offered up on behalf of the club. Jax gave Nero one stipulation before entering into the business partnership. That was to drop Gemma completely. It wasn’t a problem for Nero to say yes, giving viewers a good idea of how shallow this guy really is. Gemma will see Nero back away from her next week, as seen in the previews.

Katie Segal, who plays Gemma, is really showing some Emmy worthy acting this season, as she’s manipulating, or at least trying to, most of the people around her. She could possibly be the best actress the little screen has to offer up this year. While Sons of Anarchy has traditionally been snubbed from the Emmy’s, it is going to be really hard for the nominating board to bypass them once again this year.

Gemma is the mother-in-law from hell when it comes to Tara. When Gemma baited Tara for the fight with Nero’s female assistant, Gemma had the woman jump on her first and Tara watched as Gemma was being choked to death.

Tara got a crow bar and hit the woman to get her off of Gemma. This was a deed that Gemma wouldn’t do for Tara, her disdain for her son‘s wife now comes in epic proportions. She stood back and watched Tara fight this woman without stepping in to help.

Even though Gemma is estranged from Clay for good reason, her affiliation as his old lady offered her more respect than she’s finding with just being the mother of the club’s president. Jax dismissed Gemma a few times during last night’s episode, but the best lines came as Jax called her out on her manipulative ways.

The Sons of Anarchy writers are making it really easy to despise Gemma this season. While her tendency to have these manipulative and self-centered traits have bled through in other seasons, the writers have her hemorrhaging a self-absorbed persona this season.

Taking the history of SOA into consideration, this suggests that Gemma is being set-up to conquer or crumble. The extra attention paid to her character’s destructive personality this season is leading up to something big, but how that will play out is anyone’s guess! 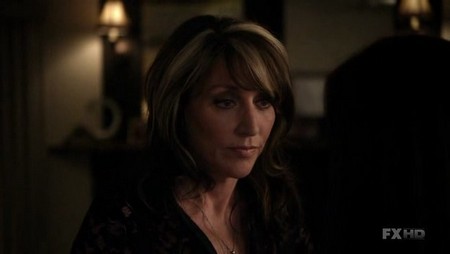