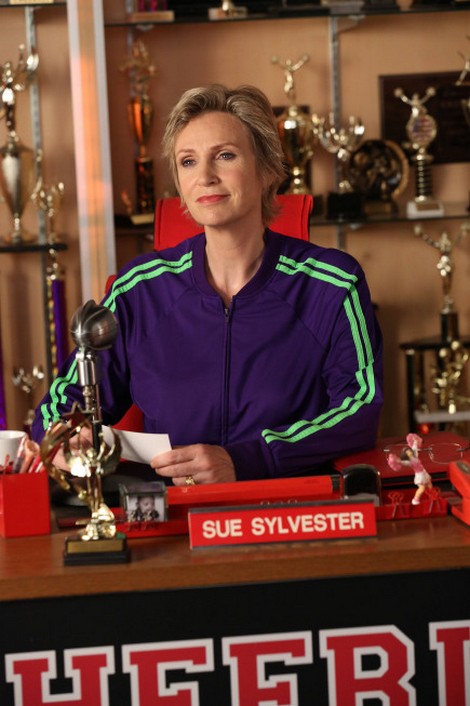 Glee’s third episode was once again wrought with predictability, heavy-handedness and over-the-top stylized musical productions. We actually want to use the predictable with a capital “P” throughout this entire review, but that would be an incorrect bastardized language error, much like what Glee has become – a parody, a caricature and a scary step child with a penchant for Alexander McQueen garbs.

Kurt got a job at Vogue and Sarah Jessica Parker was introduced to Glee audiences as his soft-natured boss. Their worlds mixed in a symbiotic glitter bomb and all was well in the land of Glee. Yeah, right. Who are we kidding? SJ Parker seems to be the only one who can currently act in Glee. Blaine fell apart with forced faux-reality dialogue and Kurt turned into a monstrous gimmick. Rachel became hot, Sam became sleazy and Finn re-appeared at the exact same moment Rachel was getting her kink on with Brody. The episode languished in off-tempo humour, nauseating morality and forced set-pieces which were irking in their presentation (Sam stripping?).

We actually thought Glee was going to pick up and become the show it once was, but not even the melodic tune of Moonriver will be able to save this show anymore. Our worst fears came true as we watched Rachel and Brody hop, skip and jump their way to a bridge with shaky camera angles and musty dance room sweating. Instead of Rachel being the loving ingénue she once was, she turned into this hybrid creature we never encountered before. Yes, she grew up and all those maturity clichés, but seriously? Ryan Murphy has to bring back the familiar singing, the underdog rooting and the memorable characterization; because Glee is being quickly left behind in a closet filled with stale clothes and overdone show tunes.

We’re still wishing and hoping that this show will return to a former glory, but with the current editing methods and the disastrous to and fro of multi-verses, we have a sneaky suspicion we’ll be stuck in this wormhole of hell for 20 or so more episodes. Please, we’re begging you Ryan, please bring Glee back?