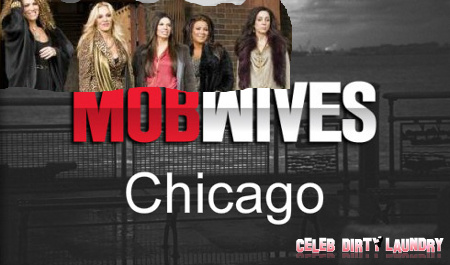 Let me tell you something, the chicas on the new VH1 series Mob Wives of Chicago are no joke, they’re hardcore! Whew!

First out the box is Renee Fecarotta Russ who is the niece of Big John Fecarotta who was a known enforcer for the mob. Let me tell you, she comes off so hard that she should be an enforcer herself. She even states on the show that, “Chicago is where the mob started.” Like DUH! Don’t we all know that? Please save the drama.

Then there is Nora Scweith whose father, Frank “The German” Schweith, was a hitman for the mob. He goes ballistic anytime anyone mentions her father’s name. God just take a valium.

Then you have Pia Rizza whose father was a crooked-cop-turned government informant, and she is stripping for a living. I mean is this just a bucket full of crazy or what? I hate to say this but these chicas actually make the original Mob Wives look normal. Wow! The only saving grace of this show is Leah Desimone — she is balls to the wall in your face! Love that chica. She tells it like it is and doesn’t get upset for what she says. Go Mija, love you! Let’s just watch and wait and see how this show does, personally it should be good for a laugh or two.