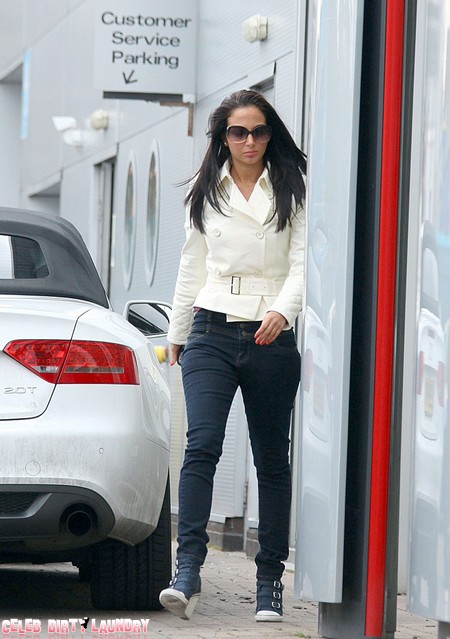 What really makes the whole deal stink is how quickly Tulisa’s lawyers were able to react to the sex tape release.  In almost no time at all, both in America and Europe, sites posting the oral sex tape featuring Tulisa and her ex-boyfriend Justin Edwards were served with legal orders to remove it!  This co-ordinated and efficient action on Tulisa and her legal team’s part certainly indicates that the sex tape release was planned… by Tulisa!

Of course Simon Cowell, that bastion of decency, or should we say, greedy famewhore, was quick to leap to Tulisa’s defence.

Some knowledgeable commentators are saying that the release of the sex tape online has all been part of a publicity stunt.  The plan is to get the whole world talking about Tulisa by the time her forthcoming single, which deals with issues of being young and making mistakes, is released

According to the Telegraph Tulisa’s debut solo single, which will be released in  May, contains the lines “forgive me for what I’ve done / for I’m young.”

A version of the song has been posted on YouTube and reveals further lyrics “I make mistakes I learn from / ’cause I’m young.”

The Telegraph have quoted a number of Twitter users who have viewed the coincidence with cynicism. One posted a message that read:  “Tulisa’s new single on radio. Opening line: ‘Forgive me for what I have done’. Anyone else get impression the leaked video was publicity stunt?”

Another said: “Tulisa Contostavlos releases new single about being young and making mistakes, what a huge coincidence.”

What do you think?  It seems that many celebs will do anything for more money and fame.  Would you if you had the chance?  Let us know in the comments below.