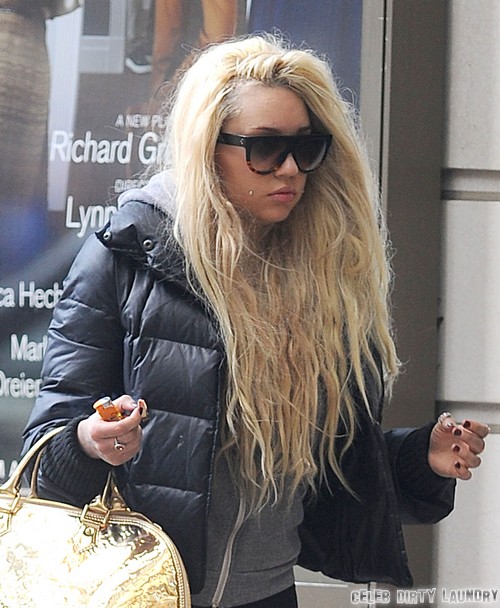 The New York Police Department has officially issued a statement denying that the arresting officer has “slapped” Amanda Bynes’ vagina.

Last Thursday, as you already know, the police got a tip stating that Amanda was in her building puffing away on the ganja. They showed up, noticed a bong on the counter, of which she tossed out of the window, and arrested her on the spot. She was taken to the hospital for a psych evaluation and arrested for evidence tampering, reckless endangerment and criminal possession of marijuana. She was arraigned and released on her own recognizance.

Afterward, she took to her Twitter account to bash Rihanna and say that she was groped by the arresting officer. Internal Affairs investigated and found that Amanda is full of BS — as we’ve already thought.

The NYPD said in their statement, “Internal Affairs investigators have found no evidence to corroborate Ms. Bynes’ allegations. To the contrary, a credible civilian witness who was with the officers throughout told investigators that none touched Ms. Bynes inappropriately or otherwise engaged in misconduct at any time.”

Did you think that would find that Amanda was telling the truth? Does she need help or is she just misunderstood? Hit the comments and let us know your thoughts!