BY Siyana Riley on August 28, 2013 | Comments: one comment
Related : Dancing With the stars, Reality TV, Television 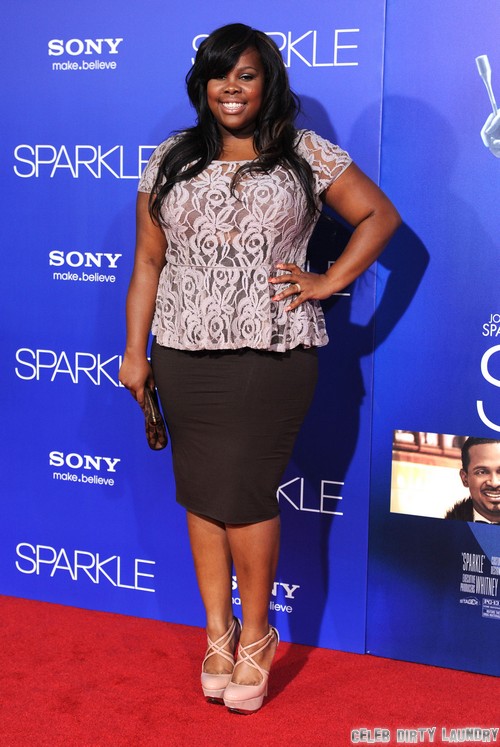 Glee star Amber Riley is reportedly in talks to join the cast of Dancing With the Stars, making her the first Glee alumnus to do so. Although fans of Glee weren’t too happy initially to hear that Riley was departing the show, it looks like she’s scored herself a lucrative deal with ABC in the aftermath. Amber also tweeted that she had exciting news to share with everyone next week, which many fans assumed to be the Dancing with the Stars announcement.

While the news hasn’t yet been confirmed, Riley will also be returning to Glee for the Cory Monteith tribute episode, as are all the cast members [both present and former] from the show.

Now, although we know Riley’s a good singer, her dancing skills have yet to really be put to the test. Many Glee stars are great singers and can usually dance pretty well too, considering a large part of the show is choreographed song and dance numbers. However, the level of skill and commitment required on DWTS is really on another level, and it will be interesting to see if she will meet the high standards.

There are also rumors that Leah Remini might be joining the cast, which will really make the next season all the more juicier. Remini’s been in the center of some major controversy lately, ever since she left Scientology. Unlike other people, she’s had no problem calling out Scientology on a lot of their scare tactics, and if she were to join Dancing with the Stars, she’ll be in the public spotlight a lot more – something I’m sure the head honchos at Scientology won’t be too happy about.

What do you guys think about the possibilities of Amber Riley and Leah Remini joining Dancing with the Stars? Let us know your thoughts in the comments.