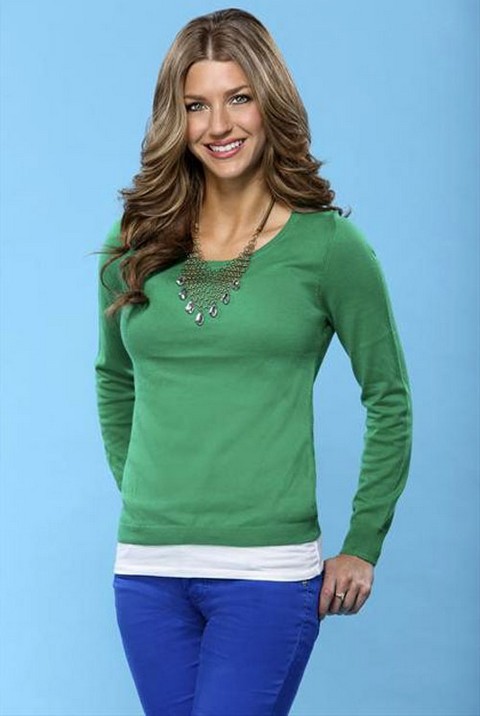 If you’ve been keeping up with this season of The Bachelor you know that it’s been moving at double speed, and that after only a month of episodes, we’re already at home town dates. The season has been pitted with drama, mostly from self-victimizing Tierra Licausi. But last episode, AshLee Frazier had it out with the drama queen, and she entered the rose ceremony terrified of Sean Lowe’s warning: he doesn’t want a wife who will bring drama. Click here for a full recap of the episode, including which four ladies got home town roses.

AshLee admitted to Have U Heard in an exclusive interview that she was “100%…scared. I thought this might be the time I go home.” Even though she didn’t seek an argument with Tierra, and was defending herself, she was still partially responsible for starting the major fight, and so partially responsible for starting the drama. AshLee “felt safe up until the argument [with Tierra]. Up until the rose ceremony when Sean said he didn’t want anyone with drama in his life, that’s when I got nervous and scared.”

Spoilers ahead! We reported that Tierra abandoned her high school sweetheart just after his father’s tragic death, leaving him to abuse drugs and eventually overdose. The vixen was sent home by Sean, who felt it was best for her emotional health to leave during the day, instead of waiting for the rose ceremony. Now, she’s engaged and AshLee wishes her “all the best.” Very diplomatic!

AshLee turned a 15-year-old mistake into a drama-packed date with Sean when she stretched out the confession that we already told you: she got married at age 17, and divorced a year later. She admits that she made “a bad decision in my life.” The couple split amicably. So will AshLee get the final rose? Check out our season spoilers here. Whoever he ends up with, AshLee confides that he “wants to adopt,” which was “a big factor that played well with [her] heart.” Do you think Sean would make a good father, or will years of alleged steroid abuse end up in roid rage and bad parenting? Will he and his bride make it to the altar, or, like Bachelors before him, will they go their separate ways and seek out new venues to fame whore stardom?