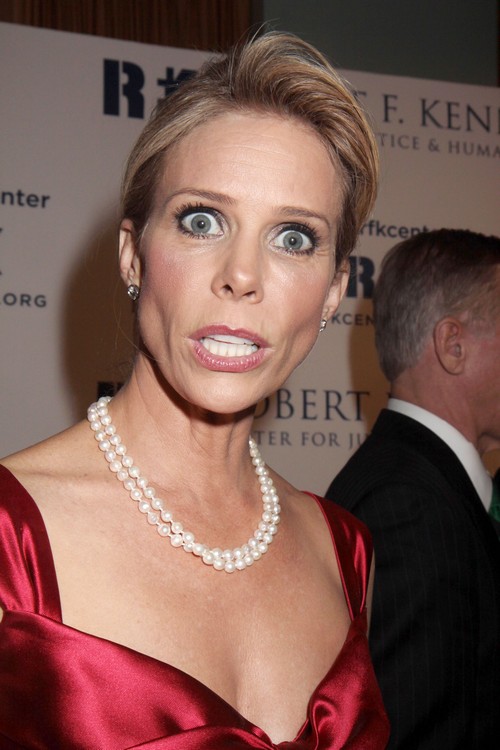 There have been a lot of stories over the years about how hard it can be to win over members of the Kennedy family, ask Taylor Swift. Dating a Kennedy is damn near impossible because if the family doesn’t like you, eventually you’ll be gone. Cheryl Hines is finding out the hard way that no matter what she does to win over Robert F. Kennedy Jr.’s family, it just doesn’t matter. The couple went public with their relationship in early 2012 and a few short months later Bobby’s then-estranged wife, Mary Kennedy committed suicide.

According to the the Dec. 23rd print edition of National Enquirer his 4 children will never accept Cheryl and go so far as to call her “Buzz Kill” whenever they are forced to attend functions with her. The kids love their dad but they despise his girlfriend just as much and they actually go out of their way to avoid her. Sources say that Cheryl would do just about anything to win their affection but is coming to terms with the fact that it seems pretty unlikely to happen.

Do you think their resentment is connected to Mary’s death? She had struggled with substance abuse issues and depression for years and supposedly watching Bobby move on from their marriage is what drove her to kill herself. Do you think that the family in some way holds Cheryl responsible even though she obviously wasn’t directly involved? Or are there other things in particular about Cheryl that has really rubbed the family as a whole, completely the wrong way? Tell us your thoughts in the comments below!

Robert Kennedy Jr. and girlfriend Cheryl Hines looking very much in love at the 2013 Ripple of Hope Awards Dinner at the New York Hilton in New York City, New York on December 11, 2013. The pair seems to have moved on from the suicide of Robert’s former wife Mary