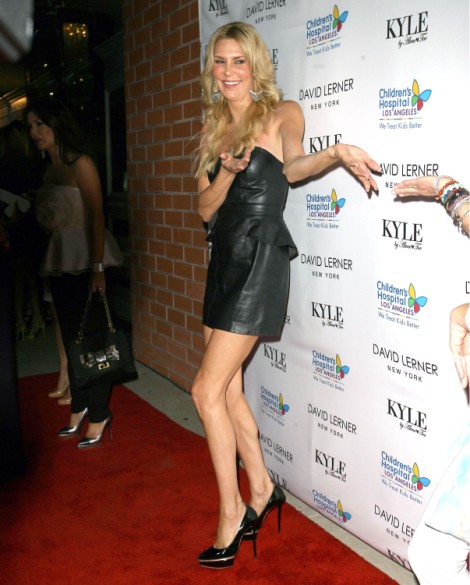 You kinda felt like this might be coming soon. Things have been too quiet – too cordial. Even after LeAnn Rimes posted that pic of one of her stepsons with his drum set, Brandi Glanville kept it together. Usually something like that would have initiated a nasty story in Radar Online or, at the very least, a shitty tweet. But crickets. The two mortal enemies did indeed appear to bury the hatchet… until the weekend that is. There’s nothing like sushi to bring out the hunger hate in two Hollywood C/D-listers.

On Saturday night at Nobu, Brandi Glanville ran into LeAnn and Eddie Cibrian who happened to also be there on a date. LeAnn Rimes had tweeted about it earlier so many think Brandi knew they were going to be there and decided to crash. Nobu is a great restaurant but it’s also a see and be seen kind of a place so it’s no surprise the women love it. Well, onlookers say Brandi freaked when she saw them and made some nasty comments when they walked by her and caused quite the scene in front of her children. She has since denied this on twitter and even LeAnn took to social media to brush over the whole incident. So either nothing happened or these two are tired of looking like nasty shrews in the press.

What do you think? Did Brandi Glanville crash LeAnn’s date on purpose or was the whole thing one big misunderstanding?