Dancing With the Stars Carrie Ann Inaba Needs To Be FIRED! (VIDEO) 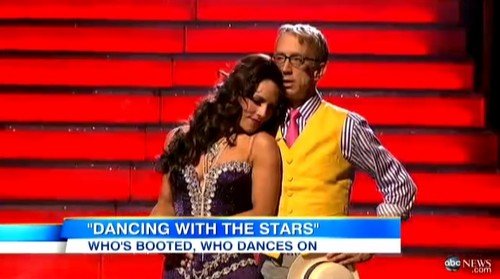 Dancing With the Stars has not been getting better over the years. The celebrity dancers have gone from C listers to E listers. As a matter of fact the show is getting lamer and lamer. Each week they try a “DWTS- first time” which are new things/gimmicks to breathe fresh air into the show and they fail. One thing DWTS could do to make the show better is to get rid of their one female judge Carrie Ann Inaba. Carrie Ann has been a permanent judge on the show for the past 15 seasons.

Over the years people have referred to her criticism on DWTS as “irrelevant, pointless, and vague” and it is not getting any better. This season Carrie Ann is worse than ever. She has three speeds: flirting with the male contestants she finds “hot;” being too hard on the female contestants she is jealous of; and harsh scores and criticism for contestants that are improving and deserve better.

Add to all of this she is crass and classless, her comments on Jacoby Jones‘ Salsa performance this week after she got over ogling him, were, “It is like you could fart Salsa, I am just telling it like it is. What you do is you get down and dirty. You had the right flavor fart.” What the heck is that about??

Kellie Pickler has dominated the dance floor week after week and Len and Bruno gush about her perfect performances yet Carrie Ann chose to make a ridiculous comment saying, “Kelly when I watch you dance all I see is perfection in every single move you make. But I have to tell you something I don’t feel you when you dance.” What???

In the worse move this week Carrie chose to beat up on fan favorite Andy Dick. If Dancing With The Stars is about a contestant improving week after week, then Andy succeeded. This week Andy danced a Rumba and although this was Andy’s best dance of the season Carrie Ann scored Andy a 5/10. The crowd, fans, Andy and his professional dancer Sharna were all confused by the score. After their scores were released Sharna was heard saying to Andy, “That certainly was not the worst dance we have done this season.”

Carrie Ann later said that she gave Andy the 5 because she saw a lift. Carrie Ann is always seeing lifts not one else does. Andy was eliminated from DWTS last night and he said, “Carrie Ann gave us that 5 compared to what other dancers were doing, not in comparison to our past dances.” How does that make sense?? 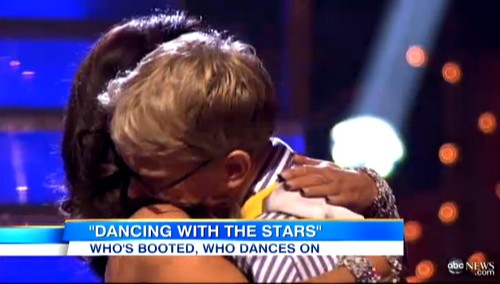 Although Andy said when he found out he was eliminated it was Carrie Ann’s fault. Andy has no hard feelings and the both exchange tweets after the show. Andy tweeted, “I’ll always love you for connecting to the waltz for my daughter :) Thank you! Most fun ever!” Carrie Ann responded, “Xox. Much love to you for opening our hearts.”  How do you spell BS?

Let’s not forget how Maksim Chmerkovskiy hates Carrie Ann! Do you recall the bitter words uttered by Carrie Ann against Maks and Hope Solo back in season 13? Afterwards, Maks let his feelings be known during the post show interviews, shouting “F— Carrie Ann, next question.”  Maybe Carrie Ann is the reason Maks is avoiding DWTS?

Seriously, it is time to bring on Paula Abdul and replace the rude and envious Carrie Ann.  Paula has empathy and it shows – DWTS is a tough tough show where contestants put out great effort and, for the most part, really do an amazing job of attempting to master difficult dances.  Would it hurt to have a ‘nice‘ judge to play off of acerbic Len and hysterical Bruno?  The dynamic would work and we could use a little kindness and warmth on the show – Carrie Ann is phoney, rude, and mean – DUMP HER!  Tell us what you think in the comments!