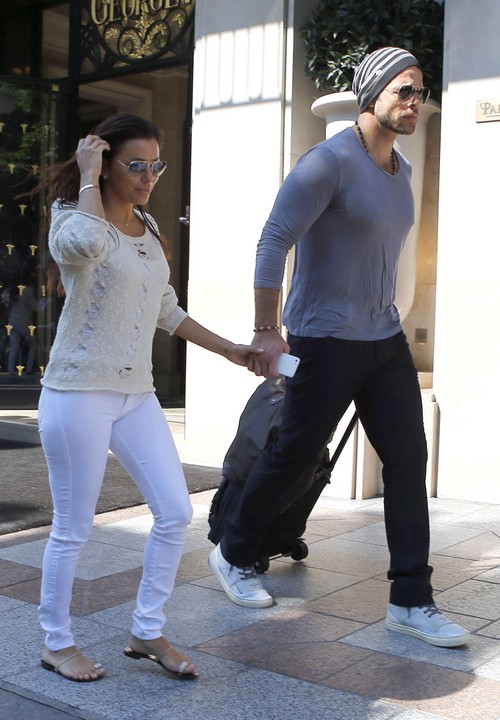 Well, this is somewhat surprising. According to a new report from US Weekly, George Clooney was going to cheat on Stacy Keibler with Eva Longoria. I guess that proves that George was over Stacy a long time before their ‘breakup’ was officially announced.

The report states that George and Eva were both in Berlin around March for work reasons, and they were at dinner together when George tried to hit on her. A source [cough, Eva, cough] explains, “George began pursuing Eva. He told her that he was still with Stacy, but had plans to break up with her and was interested in being with Eva.”

Eva apparently said no, because she obviously had better options like the reality show contestants on ‘Ready For Love’ [that was sarcasm]. The source adds that it wasn’t enough to deter George, explaining, “He continued to pursue her with texts and calls. Eva make it clear to him that she would not date or be with him until he was completely single.”

I don’t doubt that George tried to hit on Eva, but he can get any woman in the world. Why would he be trying to desperately to chase her, if she wasn’t interested? I’m guessing the story leaked from Eva’s camp since it took so long to come out, and there’s no way George would have wanted this story out there. And what does Eva have to gain from this? Well, she gets publicity, and there’s no such thing as bad publicity.

What do you guys think about George hitting on Eva? Either he and Stacy were broken up at the time and they just took their time announcing it to the press, or George was over the relationship and was already moving on. Either is possible, but I’m going with the first option. Let us know your thoughts in the comments.