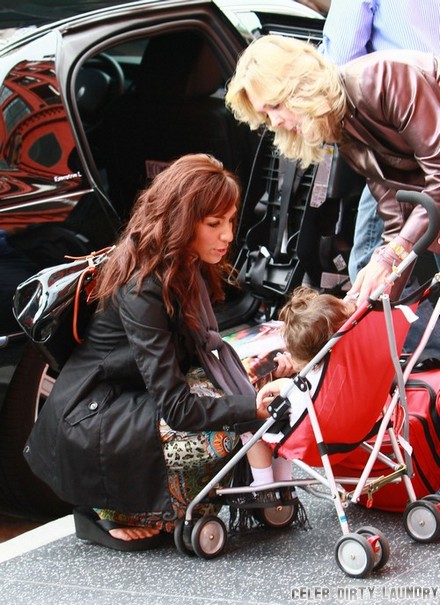 Farrah Abraham is still insisting that her sex tape was ‘private’ and not meant to be seen by the public. She continues to claim this even as her partner in the sex tape, James Deen, has openly admitted that the tape was shot in the studio and done with professional involvement.

Abraham went on ET Tonight and explained, “I was under the belief [that filming with Deen] would help better protect me and my privacy. I was like, ‘If this guy is so professional, and everything is going to be fine, then I was like, I’m happier with this choice.’”

According to Farrah, she only started to meet with Vivid executives because Deen was going to ‘leak’ the video, and she wanted to be ‘one step ahead of him’. She sold her own supposedly ‘private’ sex tape to be ‘one step ahead’ of James Deen? Really? See: Delusional and/or compulsive liar.

Do any of you believe Farrah’s claims? Let us know what you think in the comments.