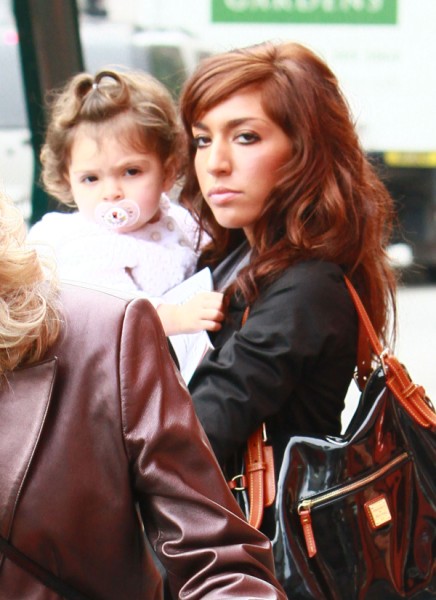 Somewhere, somehow Amber Portwood has to be smiling right now. She officially is no longer the biggest piece of shit trainwreck from the original Teen Mom series. Way to go Amber!

Mike goes on to call Deen “abusive” because he’s been going around town essentially telling the truth. Farrah Abraham made the sex tape with every intention of selling it and jump starting a career while making some cash. You don’t need to be a brain surgeon to figure that one out. We all know Farrah isn’t a deep thinker or a victim.

But I get it. What else is a dad supposed to say? Farrah got caught in a sex tape scandal. It isn’t going her way now and she’s getting backlash for it. She probably went home crying to her daddy and fed him this story about the tape being made for private use and he has no choice but to defend her. You’ve kinda got to feel sorry for a dad whose daughter sucks that bad. On the other hand, have you seen the mother? Apple didn’t fall far from the tree on that one. Shame on him for procreating with that woman.

Do you think Mike should get a pass for sticking up with his daughter even if that daughter is Farrah Abraham? Do you think Deen’s behind the sex tape leak or is it all Farrah?