Gwyneth Paltrow: World’s Sexist Woman and Dynamite in Bed – According to Chris Martin 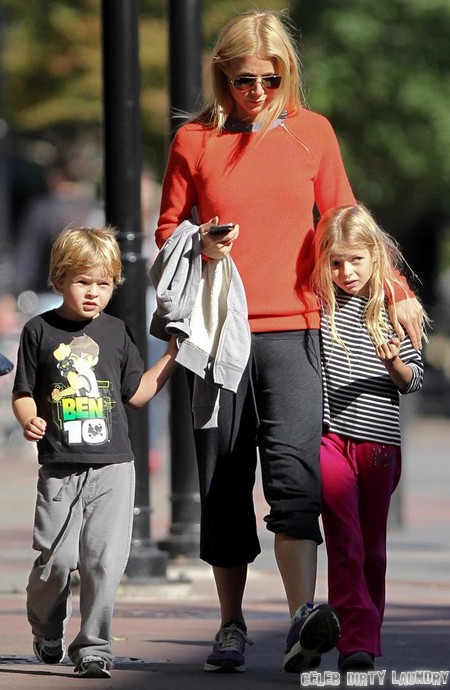 It’s too early in the morning for me to even contemplate this story. Actually, I’d rather not to think about it at all but here goes. Hey guess what – Gwyneth Paltrow is an uptight snot in everyday life but apparently, according to her rocker husband Chris Martin, she’s a freak in the sack. (I told you it was too early) According to the Aug. 5th print edition of Star magazine Gwyneth believes rather than fighting with real words giving a blow job is a much better solution and of course her husband is down for that!

Chris has told his friends that his wife is fabulous in bed and that it’s one of the things that helps to keep their marriage together. Does anyone else have a hard time believing this? I mean yes, there is always that whole lady in the streets, freak in bed mentality and there is something to be said for that – but Gwyneth?

Can you imagine her dropping her guard or not being a control freak at any point during her waking hours? That’s a little rough, isn’t it? She’s synonymous with micro management and not being in touch with real people and real needs so wouldn’t sex kind of fall into that category? Unless there is another well-hidden side to Gwynnie that allows her to just relax and have some serious adult fun. Not that I want to think about it.

What do you guys think? Is Gwyneth a sexual dynamo? I mean she already was awarded People’s World’s Most Beautiful Woman 2103. So can the most beautiful woman also be the hottest in the sack?  My oh my, Gwyneth just has so much….

Is that Goop’s trick to keeping Chris on the hook for a decade? Is it so good that he ignores the hunger in the pit of his stomach and the incessant complaining and arrogance? Or does he still sleep around as other reputable sites have suggested? Tell us your thoughts in the comments below!