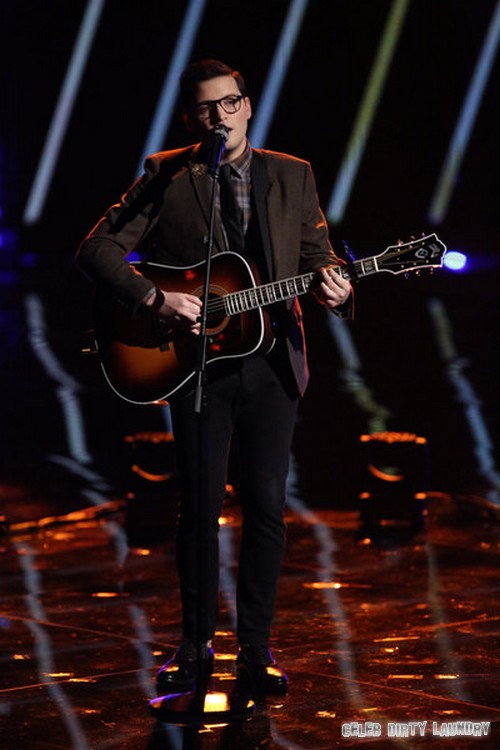 James Wolpert took the stage tonight on THE VOICE for her Top 5 Semifinal video performance.  Team Adam’s James Wolpert sang “With Or Without You” by U2.  Tonight’s show the remaining artists from each coach, Christina Aguilera, Adam Levine, CeeLo Green and Blake Shelton team performed live for America’s vote and the chance to move on to the Finals.

Judges Comments: “Adam doesn’t even care about the competition from this point, he knows how incredible his performance was.  He thinks James went “beyond what he knew he could do.”  Christina loved the song, and was happy to hear him sing it.  Blake also loved the song, since he was Instant Saved last week he needed a moment like this tonight.  He thinks James may have dug himself out of a hole this week by singing “With Or Without You.”  If you want James to make it to the Finals don’t forget you have to vote for him.

On last week’s show James sang “I’d Do Anything for Love” and the judges loved her performance.  The judges said this about her performance, “Adam says that ever since they decided on this song he has been singing it; James is actually sick and is proud of him having come up on stage even though he has kind of lost his voice but still did an amazing job.”