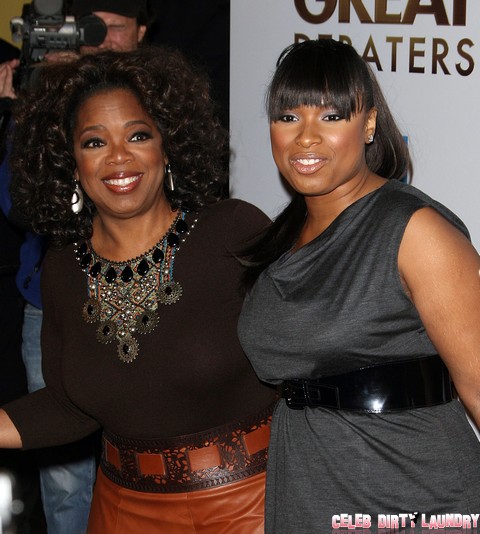 Jennifer Hudson was once upon a time an American Idol contestant with a dream of becoming a superstar in her back pocket. In 2004, Hudson was eliminated amid racial controversy on the third season of the juggernaut reality television show. Shortly thereafter, Hudson was cast in the super successful, Oscar nominated musical, Dreamgirls. For her performance as Effie White, Hudson received an Oscar for Best Supporting Actress. She knows what she’s talking about. She’s a product of the American Idol machine.

However, only recently, Hudson told Celebuzz, “Everything has its time. I think it should just allow itself to go out on top… and gracefully.” She was, of course, referring to the show that made her famous once upon a time. We can’t agree more with Hudson. Idol’s 12th season has become tabloid fodder for junkyard television junkies with too much time on their hands. Although the show is still the most watched reality television show on the planet, it lost its spunk and chutzpah with the brand new celebrity judging panel. Hudson added,  “American Idol changed the face of television. So, not everyone can say that. And, it’s always been a phenomenon. I’m proud to have come from American Idol, so I just say, go out on top.”

If a former American Idol contestant calls it for what it is, you should know that the show has stayed long past its sell by date. No one cares about Idol anymore and no one worries about who wins. The lights are on, but no one really wants to knock.

Was Jennifer throwing shade at Mariah Carey and Nicki Minaj and their inability to get over themselves? Is Jennifer implying that the divas’ big mouths, big egos, and big salaries are just another indication that the show is way past its prime? What do you think about the 12th season of American Idol? Do you think the show should call it quits anytime soon? Do you think the show is done? Is this the swan song? Let us know your valuable thoughts in the comment section below, and remember to bookmark Celeb Dirty Laundry to stay up to date with all of your American Idol news, reviews, recaps, and spoilers!