Justin Bieber Desperate to Have Children and a Wife and be a Dad – Who is the Lucky Lady? 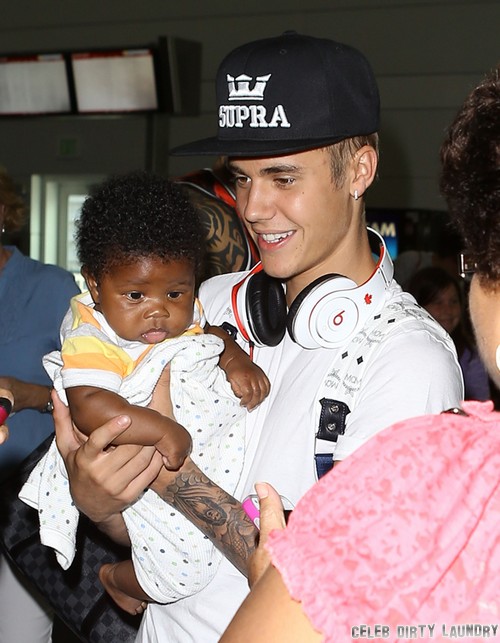 Aww, look at little Justin Bieber trying to be all grown up. It seems like he’s spent the last two years trying to prove that he’s adult, to the extent that people now see him a delinquent more than anything else. Of course, how does he gain the public’s favor back? By pretending he wants to get married and have children, of course.

In an exclusive new interview with In Touch, Bieber spoke about his desire to start a family, explaining, “I can’t wait to have a beautiful wife and little kids running around.” But he adds, “Those things are in God’s hands, not mine.” Nice, bring God into it, too. This way, you get the family friendly audience as well as the religious audience.

He also tries to defend himself from the controversies that have plagued him for the last two years, but he refuses to take any responsibility [duh!], instead saying, “Sometimes I think people get distracted … and forget that I’m here to create music. I put everything I have into my music, and I wish people would focus more on that.” No shit, people get distracted. Even the stupidest famous person knows that being a public persona is not just about making the music – and also, if Justin really did want to ‘just make music’, he would go hide away on some ranch in Montana and ‘just make music’.

Look at Daniel Day-Lewis! He’s an acclaimed actor who’s known ONLY for his movie roles and acting ability, and he stays that way because he stays out of the spotlight. Justin just needs to stop being a privileged and spoiled brat who’s had everything but the public’s affection handed to him at a very young age. And now, he’s not able to understand why people are turning on him. Well, I’ll make it simple – it’s because he’s a douche! If he stops being a douche, people WILL concentrate on his music.