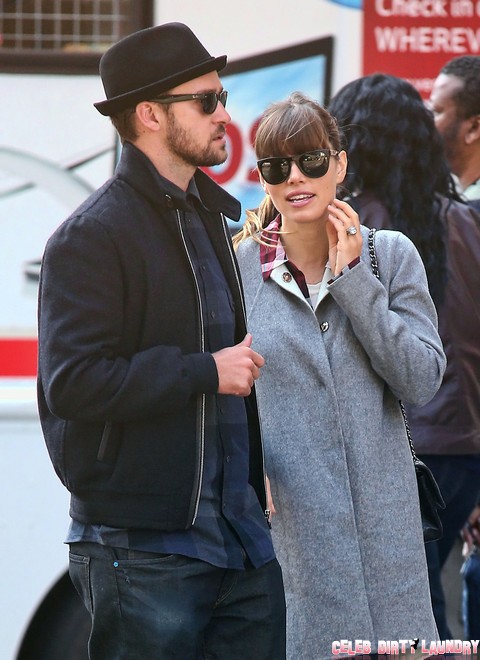 Umm.. okay? Lance Bass felt it was needed to be said how Justin Timberlake didn’t tell him or the rest of the ‘NSYNC band about his forthcoming music project after the singer revealed he would be releasing his third studio album sometime this year, having already unveiled his first single Suit and Tie. It almost came across as if Lance was hurt by the fact that he had to found out about it the same time everyone else did — he thought he was something special to J.T but, well it certainly doesn’t look that way. Ha.

While Timberlake has been working on many different things these past few years – such as revamping MySpace and trying his luck at an acting career – his former band mates have been making headlines by mentioning the words ‘Justin Timberlake’ in their interviews. It’s pretty ridiculous. The last we heard about Lance was when Justin allegedly made the decision not to have any of the ‘NSYNC guys at his wedding when he tied the knot to Jessica Biel. Get the hint, guys — Justin wants nothing to do with you people.

Bass “exclusively” told Us Weekly: “He’s been so busy and even hid from us that he did an album, so I was as surprised as everyone else that he released this new music,” he said. “He’s been busy with that, so we haven’t really been able to catch up,” before adding: “I think it’s something that no-one expected him to do. I think everyone was expecting him to do a crazy [dance track], but he went back to his roots and I like it. It’s very nice!”

If you thought Lance would just be talking about Justin throughout the interview – you’re wrong. Not surprisingly, the singer felt it was necessary to tell people about his upcoming studio album which he will also be releasing sometime this year. So, basically he just needed a magazine to print out that he has an album out soon so that it would get people talking. LOLz! We’re not interested.

“I’ve waited ten years to be able to do it, and now I finally found the time this year,” he said. “I just needed a break from music. When you do something as big as *NSYNC, you don’t get so burnt out of it, but you need a different direction and my mind needed to go somewhere else.”

Lance, ‘NSYNC died out a decade ago. Justin has branched out to his own projects and you should do the same! Don’t cry over the fact that Timberlake doesn’t need y’all in his life.