Kate Middleton Obsessed With Staying Skinny, Would Rather Work Out Than Work 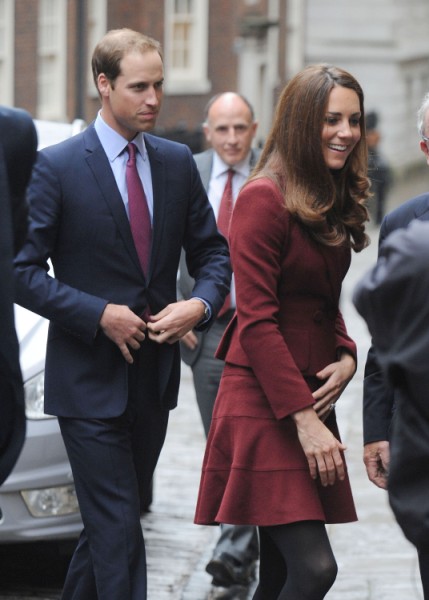 Kate Middleton’s “severe” morning sickness truly is the gift that keeps on giving. Not only did it signal her early pregnancy making her the darling of a nation but it got her out of proper work for the next six months (and who really knows after that). The only time she’s managed to make an appearance in recent weeks is to check out a portrait of herself and, while Mariah Carey might adamantly agree that that’s a perfect use of time, others are wondering if Kate is using her pregnancy to pick and choose the events she wants to go to. Christmas parties, art galleries and sporting events? Yes, please! Charities, hospices, public speaking engagements of any kind? Cough, cough or puke, puke, I don’t feel so well today…. That just totally made me want to reread the Shel Silverstein poem, “I Cannot Go To School Today!”

Am I being too harsh? Of course I am! But I love/am obsessed with this woman’s celebrity and only someone that’s truly obsessed can truthfully tell you that your PR campaign SUCKS. The Lazy Waity Katie argument refuses to go away because Kate Middleton has been in the royal family and married to Prince William for around two years now and hasn’t worked full-time yet. Yes, I know some of you will say she’s knocked up now which is her real duty but that just doesn’t fly like it used to. This is a modern age where woman work full time jobs while taking care of their families and their homes. If Kate and William want to be considered modern monarchs than perhaps Kate should take off her 1950s apron.

Because clearly she has time. The world has been inundated with Kate Middleton pilates stories in recent days. Now magazine reported she’s doing it three times a week as well as walking her dog to stay fit. And when she’s not doing that she’s eating lavender cookies from Camilla and sipping on chicken noodle soup. Yes, this is probably all nonsense but it’s not the nonsense you want out there if you are a girl known for doing nothing. Kate spent 10 years doing nothing waiting for William to propose but she won’t be able to get away with it while she’s living on the tax payers’ dime. I’m just saying… if you feel well enough to do some pilates 100 and jackknives (pilates jargon) than you were probably well enough to have gone to Berlin for a day.

It’s quite all right for Mariah Carey to be obsessed with Mariah Carey. She’s talented and she’s earned the right but is Kate Middleton obsessed with Kate Middleton? Can you get to her position in life without being slightly narcissistic? Do you think she’ll get backlash soon on her reluctance to work while pregnant especially when her work routinely involves hand shaking, waving and making polite conversation?