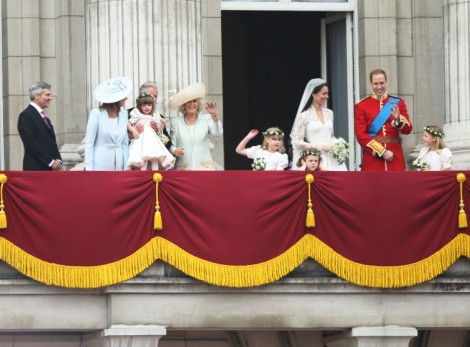 So I was wrong. Before when I wrote about Pippa Middleton’s boyfriend’s family liking her I said that was the hard part. Usually her boyfriend’s parents disapprove and Pippa’s parents love everyone she brings home because they probably just want to see her happy and settled like her sister. Apparently, I was off on that casual assumption. Carole Middleton must have let all those royal balconies get to her head because she’s not having Nico Jackson one bit.

It appears the stockbroker is just a little too common for Mrs. Middleton who has grown use to rubbing elbows in very posh circles ever since Prince William made an honest woman out of Kate Middleton. The royal baby has probably added to her smugness as well since now the families will be connected by blood FOREVER.

According to Now magazine, “Pippa seems really happy. But although Carole thinks he’s nice, she doesn’t think he’s good enough. You can’t blame her – her other daughter’s married to the heir to the throne so it’s always going to be difficult for Pippa to find anyone to live up to William.”

Oh for shit’s sake people! That was the beauty of Nico. No one can live up to William! This dude seemed relatively normal and his parents sounded so cute! Pippa’s downsizing her expectations and that’s perfect for her sanity. Gone are the publishing deals and dukes. She’s taken on the steady supermarket job and now she has a hot, rich dude without the baggage of a title. Who wants to marry into the incestuous upper class anyway? Well… Kate did but whatever.

Everyone tries to make Carole out to be this Kris Jenner stage mom type but I don’t see it. Besides, if she should worry about any kid right now it’s James. Kate’s little bro is in serious financial debt with his cake companies. Pippa’s a big girl who pays her way (and uses her sister’s connections to do it but that’s besides the point). Pippa can handle herself so let’s let her relax and have some fun with a guy who actually might treat her halfway decent. If she gets tired of it I’m sure there will be plenty of blue bloods waiting around to treat her like shit again.