Kourtney Kardashian Rushing To Be Married Before Pregnant Kim Kardashian? 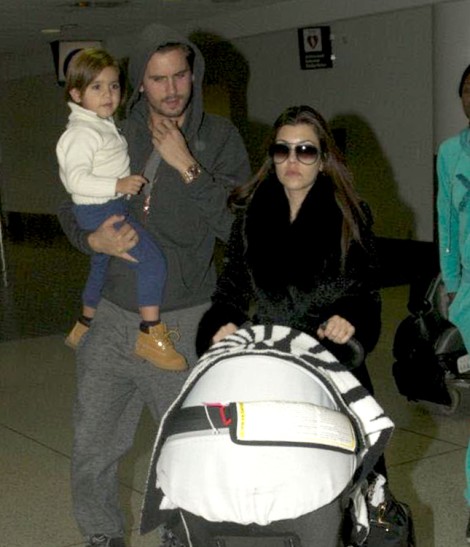 It’s got to be in the Keeping Up with the Kardashians‘ E! contract. Rule No. 1: there must be at least one wedding (doesn’t matter how long it lasts) and one birth per season. How else can they manage to stay relevant? They’re like Mogwai. They need to reproduce for the sake of ratings!

So is this why Scott Disick was seen alone outside a jewelry story in Beverly Hills recently? Is he hoping Kourtney Kardashian will finally be more than his baby mama? There might be some pressure on Kris Jenner’s end. She was probably hoping for another modest and tasteful wedding from Kim Kardashian along with a whole episode featuring the birth. Well, Kris Humphries just had to ruin that for all of us! So now who’s single? Kourtney! (If you think more thought goes into planning these people’s lives/episodes, think again.)

But is Kourtney rushing to be Mrs. Scott Disick? I doubt. There was no rush before and I’m sure Kim’s burgeoning belly isn’t going to rush her now. Kourtney tends to do what she wants to do and is never in any hurry to placate Kris which is one of the only amusing things to watch on the show. Apparently she put the kibosh on one of Scott’s proposals before which, slap me in the face for saying this, is pretty sad. Scott’s one of my favorite characters and I can’t help but think his douchebag persona is just that – a persona. He has two kids with her and, seemingly, does right by her. Come on Kourtney, let him be a Kardashian. Make him sign a prenup if you have to just let him in the club. Kim will let just about anyone join – but perhaps that’s the problem.

Can you see Kourtney Kardashian married to Scott this season? Would a pregnant Kim Kardashian be jealous? I’m not sure. If Kourtney ever says yes I think it might just be next season or maybe even the last. Kim’s pregnancy will carry the show this year so Kris needs something big for when Kanye ultimately limits her reality career. What could be bigger than the most hated and reviled member finally joining the family? Good thinking Kris. Good thinking.