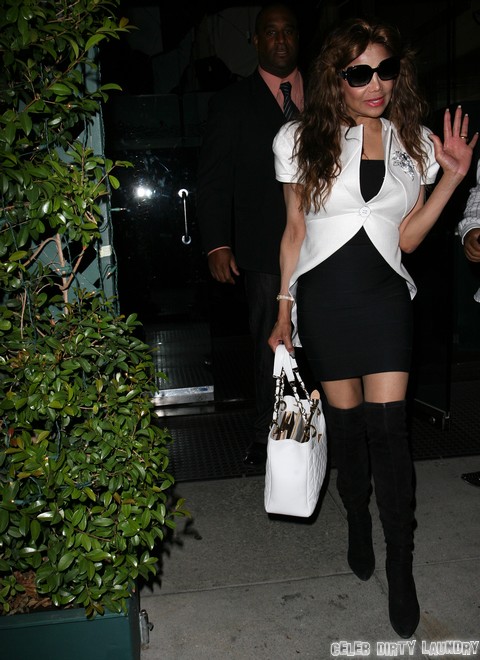 Michael Jackson’s children may be the next big reality television sensation. Their aunt LaToya Jackson has decided she could make some money off her niece and nephews, and has brainwashed the children into thinking this is a good idea.

Bohomoth is reporting that LaToya has signed her new clients (only clients) to her agency Ja-Tail Enterprises. A source told Page Six “She told them how she knew [Michael] better than anybody else, and she knew he’d want them to follow their dreams; and because they were his children, they could be media and entertainment moguls. She had a blueprint. She sold it, and they bought it.”

LaToya is not looking out for the best interests of Prince Michael, Paris and Blanket. She is a fame whore who has found her next meal ticket. LaToya’s past endeavors to make money and be relevant in the entertainment world have not gotten her where she wants to be, so she is always scheming. LaToya modeled for Playboy and was involved with a psychic hotline.  She was be featured on the reality shows America’s Next Top Model and Celebrity Apprentice (LaToya is back on Celebrity Apprentice for the new season – read the recap here). Her Ja-Tail Enterprises and her partnership with Jeffre’ Phillips dates back to 1999, but it’s obviously a flop if LaToya needs to pimp out her family to make a living.  Does this remind anyone of Kris Jenner?

The first jobs LaToya booked for Prince Michael Jackson is a correspondent job with Entertainment Tonight and a cameo on the remake of Beverly Hills 90210. Also, Paris Jackson has been made a movie deal which will have her shooting in London this year. Next LaToya is shopping around a reality show featuring Prince Michael, Paris and Blanket Jackson as well as herself and cameos by her mother Katherine Jackson and other Jackson family members. Oprah Winfrey’s OWN network is one of the media outlets considering producing the show.

Perez Hilton is reporting that the boys seem to be on board but Paris may put a snag in her aunt’s plan. I can see Paris standing up to LaToya the same way she told off Janet Jackson in the wake of Katherine being missing last year. Paris has recently sported a gorgeous rock and roll makeover, showcasing her independent spirit. We will have to see if LaToya ends up making her 15% commission.