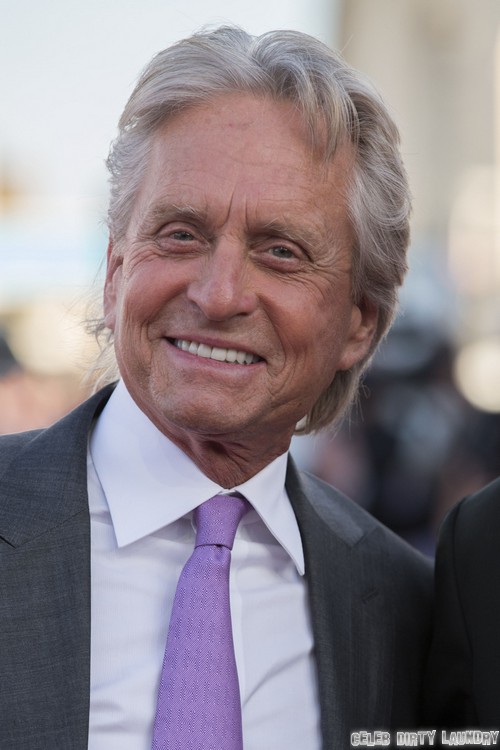 Oh boy. If there was any doubt that Michael Douglas and Catherine Zeta-Jones were truly headed for divorce this little piece of info sure puts it to rest. Not only has the couple opted to live apart and vacation apart with their children, but Michael is apparently finished with grieving the marriage. According to the Sept. 9th print edition of Star magazine the actor took a trip with friends and enjoyed some time on a golf course in Sardinia.

He was spotted with a tall brunette with a long dark braid and at first glance the woman was a dead wringer for Catherine. The problem is that Catherine was at the time holed up in their Bedford, NY mansion bawling her eyes out because the writing is on the wall. While Michael clearly put the moves on this random chick Catherine is still heartbroken because Michael has walked out on her, seemingly for good.

I’m sure Michael is enjoying a return to his single days and if you remember before Catherine he was quite the player. It looks like he has made peace with the idea of going forward with the divorce while his wife is still struggling. Friends close to her say that she has managed to turn her attention away from saving her marriage and is now focused on vying for custody.

Do you think Michael is out banging random chicks already and what about the custody battle that is inevitably right around the corner? She’s not always stable and Michael has always put his career first, so who should end up with the kids? Tell us your thoughts in the comments below!