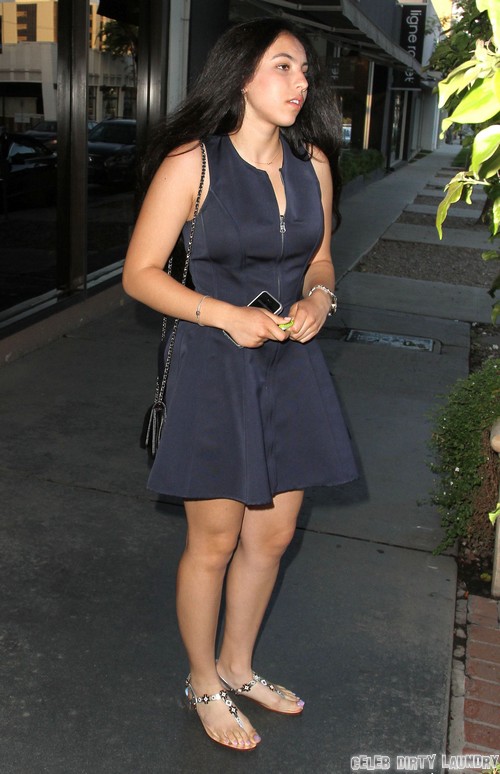 It is the four-year anniversary of Michael Jackson’s death, and his son Prince Michael is finding solace in his girlfriend, Remi Alfalah. Remi and Prince Michael have been dating for several months now, and were spotted walking together in Beverly Hills after a lunch date.

It’s been a rough couple of months for Prince Michael, who’s had to deal with a lot of family issues, including his sister Paris Jackson attempting suicide. US Weekly claims that although the siblings used to be very close, they had been drifting apart before Paris’ suicide attempt based on her decision to get closer to her mother, Debbie Rowe.

A source told US Weekly, “Paris wanted her mom in her life, but Paris was younger and Prince remembers all of the awful things Michael told them about Debbie. Prince feels Paris is betraying their father by getting close to Debbie.  He has these massive fights with her and calls Paris a backstabber for getting to know ‘that woman’. Paris and Prince fight all the time, and it really hurts Paris as they used to be close.”

We don’t know if this was just one of the factors which caused Paris to attempt suicide, but it’s clear that the Jackson family is facing a lot of internal strife. At least Prince Michael has his girlfriend to keep him company, and since she’s an actual princess, he can rest easy knowing that she’s not using him for money or power.

What do you guys think of Prince Michael and his girlfriend? How do you think he’s coping with his sister’s suicide attempt? Let us know your thoughts in the comments.