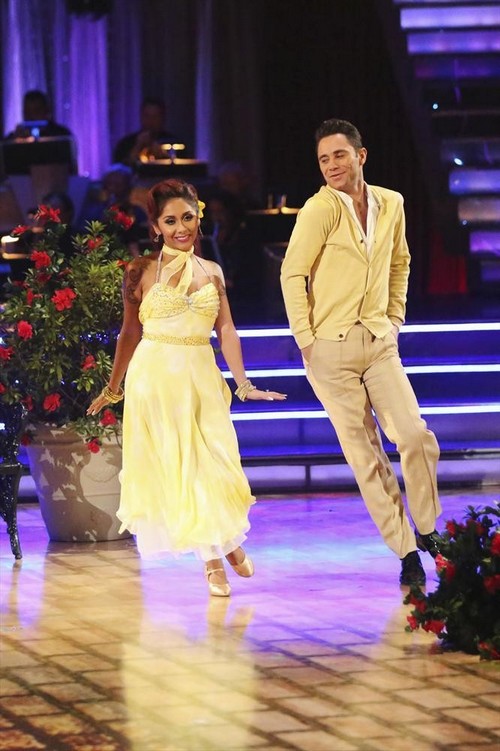 Nicole “Snooki” Polizzi danced a Samba routine, on tonight’s episode 7 of Dancing with the Stars for a dance style she have not previously performed.  To check out Snooki’s DWTS bio [CLICK HERE].  If you missed tonight’s show you can read a full and detailed recap, right here.

On last week’s show Snooki was given a 27/30 for her Foxtrot routine. Carrie Ann said this about her dance, “You have improved the most from everybody, you turned into a ballerina.”  If you missed any of last week’s performances, you can check out all the videos, right HERE.

Nicole “Snooki” Polizzi and professional dancer Sasha Farber: dancing a Samba routine. Snooki tweeted about her dance this week, “DWTS rehearsal with my nugget. SO HAPPY  More pics of us to come on my website in a few”

Judges comments: Len said: “I think to dance at that speed to keep it under control was amazing.  Well done.”  Bruno: “It took a while, once you got in the Samba flow it was good.”  Carrie Ann:  “You have to stop dancing like a Chihuahua.  Think a little bigger.  Just extend you movements a little more, because you are a little short.”