Nina Dobrev Broke Up With Ian Somerhalder Over Marriage – She Wasn’t Ready To Commit! 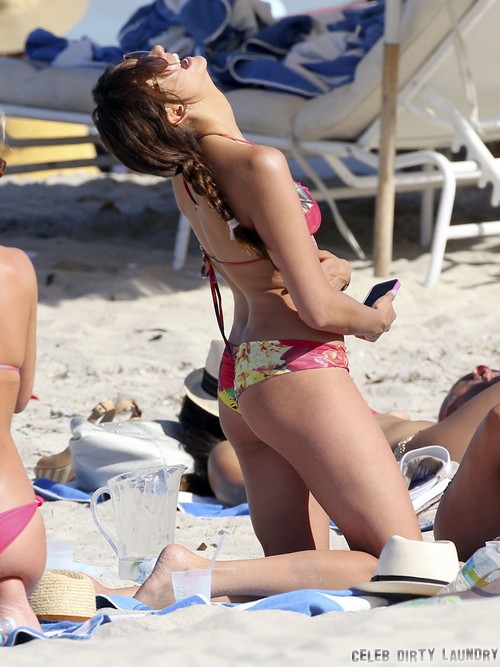 Did Nina Dobrev break up with Ian Somerhalder because she wasn’t ready for marriage? When the split was first announced, there weren’t a lot details given about the reason. Some reports alleged that Ian had cheated on Nina, and others stated that Nina just wanted to move on. There were some reports coming out of Atlanta [where The Vampire Diaries films] that Nina and Ian were actually engaged before they broke up.

Whatever it was, there are now several reports that are stating that the real reason Nina broke up with Ian was because she wasn’t ready for commitment. I mean, she’s 24 years old – I think that’s a given. In Touch Weekly’s sources say that despite her hesitation, Ian was interested in marriage and Nina was started to get scared off. The source adds, “Ian was starting to talk marriage while Nina’s just getting started on her career. Nina still loves him but isn’t ready to make that huge commitment. She’s just too young for Ian.”

I think the ‘too young for Ian’ part should have been addressed before they started dating, not now. While Nina certainly might not have been ready for commitment, I don’t think age had anything to do with it. If age was an issue, they wouldn’t have begun dating in the first place.

So there are two versions of this story: if Nina and Ian were actually engaged before they broke up, that means that something drastic happened between the two [cheating perhaps?]. However, there’s also the explanation that it was just going too fast for Nina and she wasn’t ready for commitment, and felt that it was better to break it off now before it got any more serious. Either way, Nina and Ian seem committed to remaining professional on set, but I don’t know how far that’ll last.