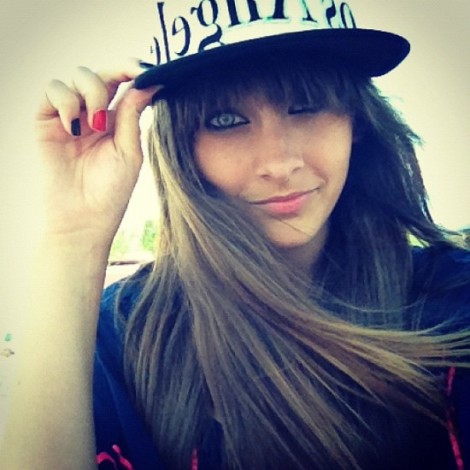 When Michael Jackson was alive he kept his three kids under lock and key, perhaps literally. Even when he took them out in public they were disguised or their faces were covered. Supposedly Michael wanted to give them a chance at a normal childhood and so he concealed their identity so that they could go out with their nannies and never be bothered. When he died Prince, Paris and Blanket Jackson all were sent to live with their grandmother and it seemed to be a good fit at least for a little while.

Now Prince and Paris are both teenagers with some pretty heady ideas of how their lives should be lived. According to the April 29th print edition of GLOBE they are both tired of being caught in the family power struggles and so they are both rebelling on a pretty grand scale. Prince at 16 is simply threatening to become an emancipated minor, meaning he would no longer need a legal guardian. Apparently he is rocking tons of confidence and after a stint on 90210 and a gig as a reporter for Entertainment Tonight, he is ready to launch a real career.

Meanwhile Paris landed a film role against the whole family’s better judgment With one little part under her belt sources say that Paris has quite an ego and thinks she’s a huge star. The Jackson clan also doesn’t approve of Paris’ new found relationship with her biological mother, Debbie Rowe. Paris is said to be enjoying spending time with her because it’s a place where she can just be a 15 year old girl rather than Michael’s daughter.

It’s not too surprising to hear that these kids are starting to buck the system that is trying to control them. What do you think Michael would say if he was alive to see all of this? Would they still be under control if he were alive? Tell us your thoughts in the comments below!