Robin Thicke And Britney Spears Hooked Up – All The Details 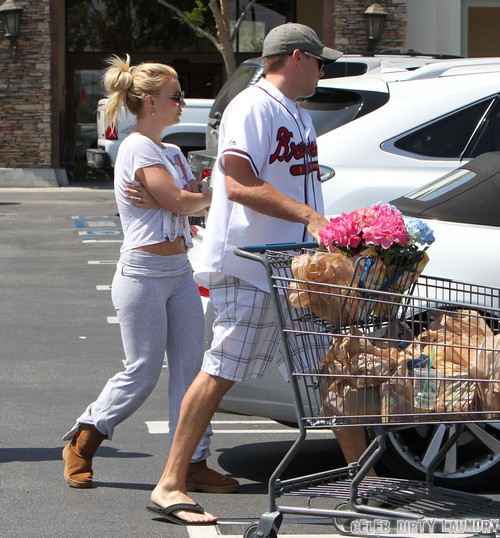 According to an exclusive report from In Touch Weekly, Robin Thicke and Britney Spears hooked up many years ago, when Robin was still with his high school sweetheart Paula Patton. So basically, he’s always been a cheating scumbag?

According to the report, Robin and Britney had a fling in 2003, when Britney was still one of the hottest young singers around, and the world wasn’t yet exposed to all her health issues. A source explains, “He was trying hard to develop a reputation as a hot, young singer, and Britney was the biggest thing in show business.” Apparently, the two started ‘hooking up’ after meeting up for a possible collaboration.

The report also goes out of its way to point out that at the time, Britney was single, having just split from Justin Timberlake. However, Robin had been dating Paula for more than ten years and although they weren’t yet married at that point, it’s pretty obvious that he must have had an affair.

Obviously, this isn’t the first time Robin’s relationship has been under scrutiny. At this point, I think it’s safe to say that either Robin and Paula are in an open relationship and always have been, or Robin’s a serial cheater. Honestly, neither of the two would shock me. We know Paula’s not going to leave Robin considering that she pretty much owes him her entire career, so she probably agrees to whatever Robin suggests – whether it be flings with other people or damage control from his affairs.

What do you guys think about Robin and Britney hooking up? Apart from the initial weirdness of the pairing, it’s not that hard to believe, right? We know Brit Brit got around back then, especially after her breakup with Justin, so Robin might have just been one of the men she ended up hooking up with before marrying Jason Alexander in Vegas for 55 hours.