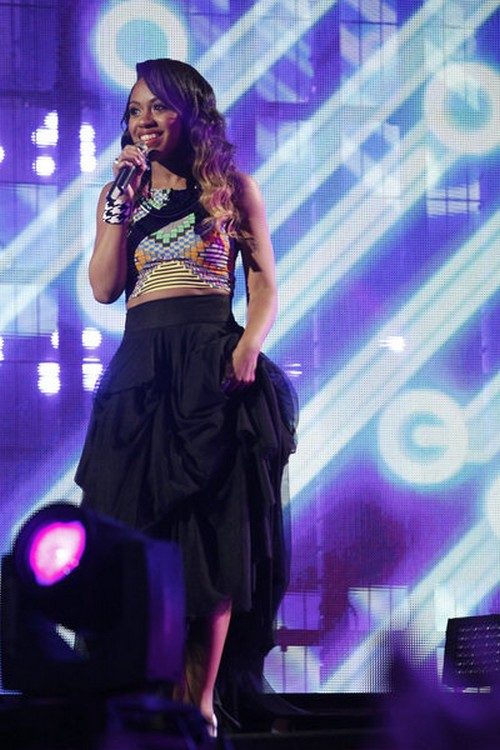 Sasha Allen took the stage tonight on THE VOICE for her Semifinal performance.  Sasha sang “I will Always Love You” by Whitney Houston. On tonight’s show the final 5 performed two songs live in front of coaches Shakira, Adam Levine, Usher and Blake Shelton for America’s vote and a chance to move on to the finals. If you want to see the video of Sasha’s second song, “Bad Girls,” CLICK HERE …

Judges Comments:  Adam said, “That is one of the hardest songs to sing, I have nightmares about them, they are incredible hard to deal with.  You did an incredible job, you were not intimidating anyone and you did it your own way.  Great job!”  Usher said, “OMG in singing a Whitney Houston song you cannot sing it with out taking into account the singer she was.  You really did an amazing job and that voice will keep you here.”  Shakira said, “It was so beautiful and so pure and you should feel amazing.  My Mom is sitting in the audience and she has been asking me why you have not sung a Whitney song.  You did amazing, you made Whitney fans very proud.”

Sasha Allen dedicated her song to the two most important people in her life, her children she sang “I Will Always Love You.”  To vote for Sasha Allen: 1-855-VOICE-02