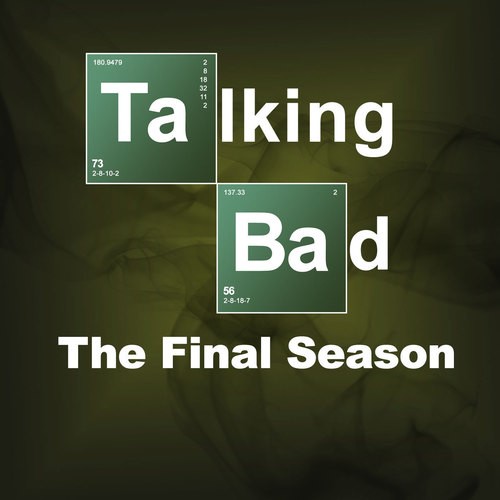 TALKING BAD returns this evening with special guests Adam Scott, Matt Jones and Bryan Johnson. Talking Bad features host Chris Hardwick who will spend time with fans, actors and producers to recap the current episode of Breaking Bad. During the half hour show, Chris will take questions and engage in commentary with weekly guests.

Did you watch last week’s episode where Breaking Bad‘s Dean Norris who plays Hank, Walt’s brother-in-law on Breaking Bad and actor and comedian Bill Hader discussed the evening’s proceedings and took questions live.  If you missed the episode you can read our full and detailed recap here.

On tonight’s show actor Adam Scott, Breaking Bad‘s own Badger, Matt Jones, and Bryan Johnson of AMC’s Comic Book Men will be sitting down with Chris to talk.

Talking Bad airs tonight, September 15th at 11 PM ET on AMC and you don’t want to miss it. What do you think of Talking Bad not coming on directly after Breaking Bad?  I think the ratings might be higher if it directly followed.  Let us know what you think.  While you wait for the recap of Talking Bad, Celeb Dirty Laundry offers a live recap of tonight’s Breaking Bad Episode 15  RIGHT HERE!

RECAP: Chris Hardwick introduces his guests Adam Scott, Bryan Johnson and Matt Jones; they announce that so far Breaking Bad has won for best Drama series tonight at the Emmys. Chris asks Matt what is going through Walter’s head when he see his old partners on TV; he believed it made him mad for calling him sweet because he hates people thinking he’s just a nice loveable guy. Chris believes that when people challenge him that Walter goes into Heisenburg; Adam says he believes that Grey Matter is very important because how he missed out on the opportunity of being a part of it and that’s what made him into Heisenburg. Chris says that it’s weird that Walter is now famous, Bryan says that it is weird now that Walter is a big celebrity and wanted man. Matt says it’s crazy that Heisenburg has grown into a national symbol because he believes people didn’t start watching till season 3; Chris compliments him on his performance.

Chris gives a quick time line of the show and then talks about Jesse and how he gets punched in the face so much; Adam says he thought Jesse was going to die. But weirdly Todd has saved Jesse twice and cares for him; he says  barbed wire and security cam that got him. Chris says that the Andrea thing was so sad and it upset him a lot; Bryan says that if he were Jesse he would never date a girl again because of losing his love ones twice. Matt says it’s Jesse’s fault because he never thinks; he does everything impulsively. He believes Jesse is weak and that’s why he gets so much bad things done to him and Walter is strong because he gets through. Adam says everything is Walter’s fault, but Matt believes Jesse could have left so many times. A caller asks what career path Saul is going to take now; he said he will manage at a Cinnabun. Next they ask if Walter regrets going into the meth business; Bryan says he believes that Walter’s mind is scrambled, everything shows he is doing it for himself and his ego.

Chris asks them about Todd and believes that when he kills people it’s only when they are in the way; kind of like Spock who has no emotions. Adam says that Todd’s reaction was kind of like amusement and pride when talked about in Jesse’s confession about killing a kid. Matt says Todd did not kill Skyler because Todd believes that Walter and Jesse will all be friends again later on; Adam says when Walter was crying on the ground you saw Todd looking uncomfortable. Bryan says that Skyler should be more grateful to Walter’s call because it saves her; Chris asks if Skyler regrets not going with Walter. Matt says she’s in denial all time because she never wants to admit to the whole thing; Chris says she made a lot of the hard choices to keep the family together. Chris shows off new merchandise online and the audience is all getting a poster and necklace for free.

Chris has a pizza in front of him and is reminded about how amazing the scene where Walter through the pizza on the roof; we ge our final fix from Vince Gilligan. The hint is “Wood Working”, Bryan says that in the last episode will fade to black in The Sopranos. Chris thinks it will be sad, uspetting and strangely satisfying. Adam says that the ricen might be for Lydia or himself