Taylor Swift And Harry Styles Back Together: Couple Still In Love – Report 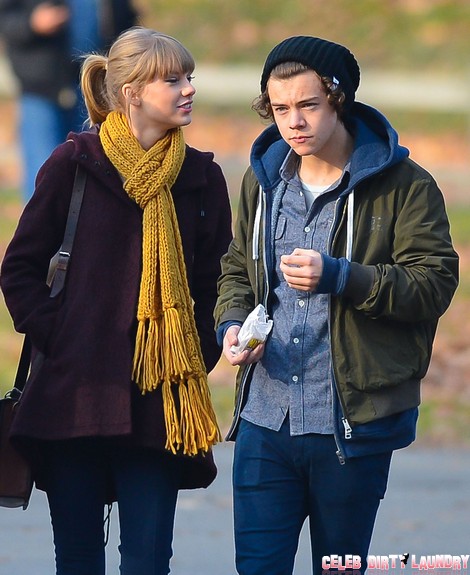 Must we go through this again? Really? There are reports about Taylor Swift and Harry Styles getting back together, which is weird considering the way they ended their relationship. You’d think that after Taylor wrote a song about him and passive aggressively insulted him in the media, Harry would refuse to entertain the thought of a reconciliation. But apparently, there are still lingering feelings there, and it’s a two-way street.

The FIX reports that Harry has never really ‘gotten over’ Taylor, adding, “[Harry] is going to spend some serious time with her in the run up to Christmas and New Year. When Taylor confided in Harry during a phone conversation how she wanted to live somewhere close to him in North London whilst she was in Europe working, Harry quickly was on hand to help. They still have feelings for each other. She’s definitely still in love with him and he’s got a massive soft spot for her. They’ll see how it works at Christmas and make it official in the New Year.”

Eh, I think Harry’s gotten over her pretty well actually. He’s been linked to like three different women since his breakup with Taylor, and it certainly seemed like that breakup was more his decision than Taylor’s. Obviously, he might have some lingering feelings for her, since that exists between almost all exes. But in terms of actually not getting over her, that’s a load of bull. Harry isn’t going to settle down anytime soon, and there’s no way a round 2 with Taylor would work. She’ll get super obsessive and clingy really fast, and then he’d realize what he did and break up with her – again. And she would write a song about it – again. Basically, it wouldn’t help anybody if they got back together, least of all themselves.

What do you guys think? Let us know what you think in the comments.