Alec Baldwin and Hilaria Thomas Fighting, Headed For Divorce – Alex Hates Paparazzi, But Hilaria Wants To Be In The Spotlight [Rumors] 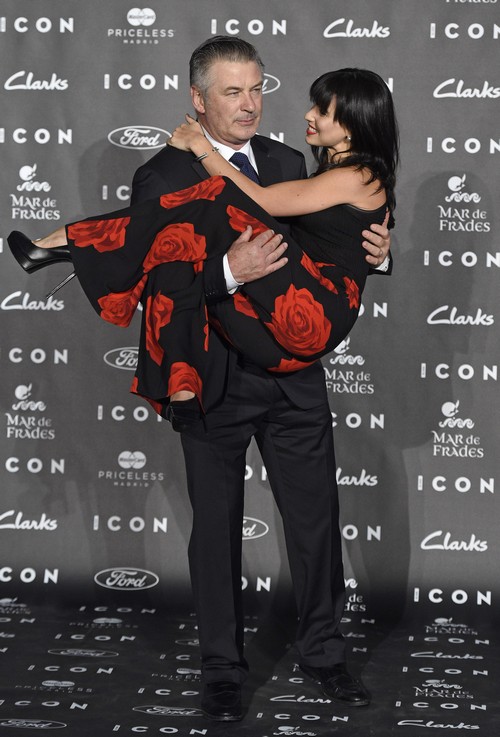 Rumors are out that Alec Baldwin and Hilaria Thomas are fighting and heading for divorce, primarily because Hilaria is a famewhore who craves the spotlight. When 56 year old actor Alec Baldwin married Spanish beauty Hilaria, who is only 30 years old, in 2012 – everyone was scratching their heads and wondering what she could possibly see in the man old enough to be her father, because it certainly wasn’t his charm or manners. Everyone was pretty shocked when Hilaria gave birth to their first child Carmen, and appeared to be in it for the long haul with the hot-tempered homophobic actor. But, according to new reports the couple are fighting, the happy streak has come to an end and a divorce is imminent. Did we not all see this coming a mile away?

The December 29th edition of Star Magazine reveals, “The couple who wed in June 2012 have been fighting frequently in recent months. The Still Alice actor thinks that the Spanish-born beauty is more interested in herself than she is in their relationship.” The magazine’s inside source explained, “Hilaria is a total attention seeker. There is no privacy in their marriage, because she is always giving interviews and constantly posting pictures on social media.” The source went on to reveal that another reason the couple is fighting and heading for divorce is because Hilaria is determined to get her nearly sixty year old husband on a diet – and Alec wants no part of it.

We know how Alec Baldwin feels about the paparazzi, and ironically Hilaria is determined to be in the spotlight – that’s a recipe for disaster. Considering Alex and his wife have nothing in common except for the daughter they share, the only thing that surprises us about their divorce is that it didn’t happen sooner. Do you think that Alec and Hilaria will work this out, or are they heading to splitsville? Let us know what you think in the comments below!