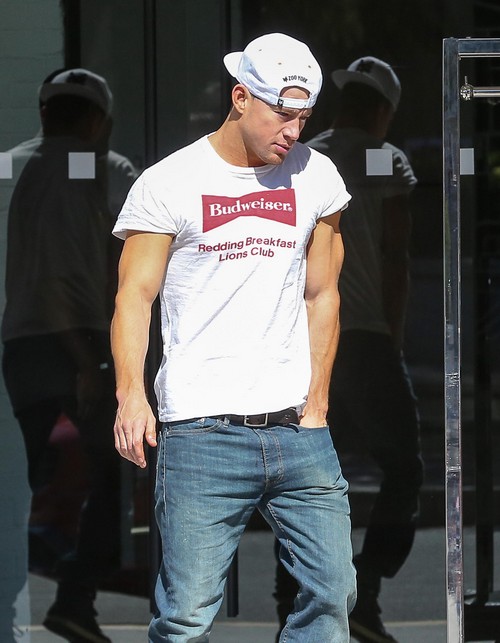 Is Amber Heard cheating with Channing Tatum? When Johnny Depp, worldwide heartthrob and Pirates of the Caribbean actor, proposed to Amber Heard – we all knew deep down that there would never be a wedding. It doesn’t matter how sexy or rich you are, the odds of a 51 year old man keeping a 28 year old woman’s interest for an extended period of time are slim to none.

Rumors have been popping up left and right that Johnny Depp is becoming more and more insecure about himself and he knows he is slowly losing Amber, which is why he decided to start a rock band and go on tour. Women can’t resist a musician, right? (That’s not a cliché or anything.) Despite Depp’s valiant efforts to keep Amber Heard and her wandering eyes on him, it looks like the inevitable has finally happened – and Amber has found a much younger, and hotter man to fawn over.

According to the November 24th edition of OK! Magazine, Amber Heard has been shamelessly flirting with Channing Tatum on the set of their new movie and everyone thinks they are cheating and hooking up, and if they aren’t – they will be soon. The magazine goes on to explain that even Channing’s wife Jenna Dewan Tatum has noticed the sparks flying on set between her hubby and Amber, and she is not happy about it. She started bringing their 17 month old daughter to the set every day to guilt Channing in to behaving and try to remind him that he has a family.

So, do you think that Amber Heard and Channing Tatum are all ready hooking up, or is it just a matter of time before they do? What about poor Johnny Depp, or Jenna and her daughter? Do you think Jenna should be nervous about Channing and Amber flirting so much? Let us know what you think in the comments below!