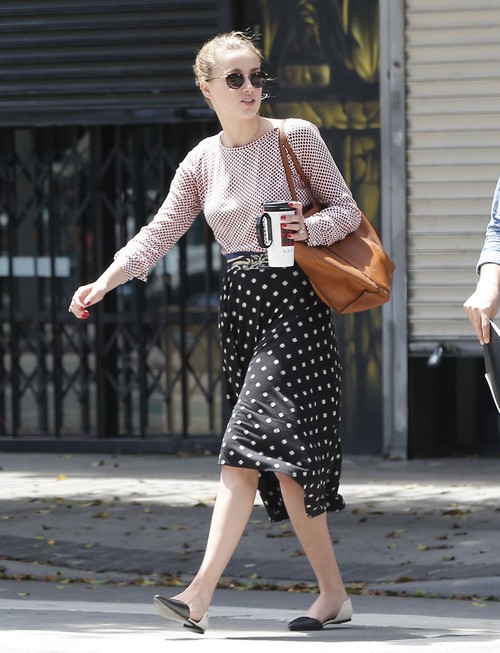 Somehow, the US government, the FBI, and the entire might of Hollywood’s most powerful publicists hasn’t yet managed to subdue the creepy hackers and criminals who keep leaking all of Hollywood’s nude photos and videos. Till date, multiple photos and videos featuring powerful actresses, athletes, singers, and celebrities either in nude videos or photos has been leaked all over the Internet, and the latest victim is Amber Heard.

Now, nude photos of Amber Heard leaked a few weeks ago, but now a nude video has joined the list. The video – like the photos – is extremely explicit, and it shows Amber naked and making sexy talk with the camera. Just as Amber Heard’s naked photos were clearly meant for Johnny Depp, this video [which looks like it was made around the same time as the photos] was also clearly intended to seduce her current fiance. I mean, when Amber and Johnny met, they were both attached to significant others, and yet, they were together within the year. This video would have been a perfect seduction tactic on someone like Johnny, who hates doing anything in public with the media watching.

However, now that the nude photos AND videos have leaked, I’m sure Vanessa Paradis is secretly gloating and Johnny’s kids are wondering why their father is marrying this woman from all these naked video and photos. They’ll probably be concerned about their father’s reputation if he continues dating Amber Heard, not that Johnny Depp gives a damn about what people think of him anymore. But still, it will give some nice compensation to Vanessa Paradis in the wake of everything that’s happened, especially if she’ll have the satisfaction of telling her kids about Amber’s nude bad behavior.