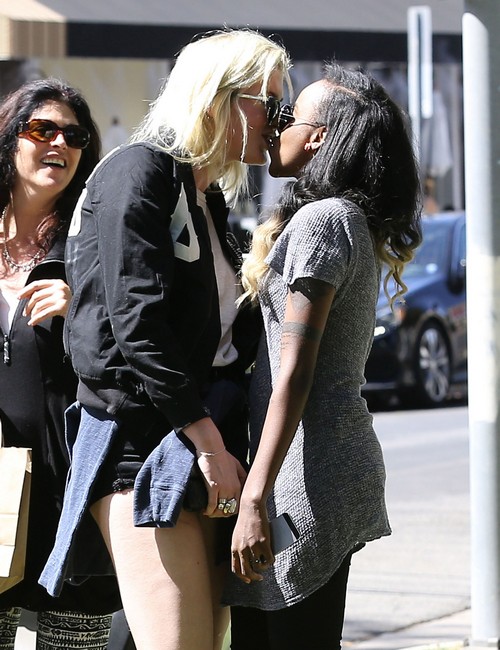 What’s that old adage, that parents are happy if their children are happy? HAH, that’s hilarious. Angel Haze recently confirmed that she and Ireland Baldwin are hooking up, and I’m sure that’s making daddy dearest simply ecstatic with joy. Remember, Alec Baldwin is a guy that has no problem shooting homophobic slurs at paparazzi chasing him in the streets. Plus, he’s openly called his daughter all sorts of horrific names on the phone. So what’s he going to do when he finds out about her new relationship with an openly bisexual rapper?

Angel told the Independent that she and Ireland aren’t just ‘best friends’, adding, “An interracial gay couple, I mean that’s just weird right now. We f—ck and friends don’t f—k. I’ve never f—ked one of my friends. Once I see you in that way, it doesn’t happen.”

But – and this is a big but – what is Ireland going to say to her dad? Do you think he’s already confronted her about her new romance? Honestly, he might prove everyone wrong and be completely cool with the relationship. But our sources say that he’s not exactly happy with it, so we’ll have to see whether this ends up fueling yet another rage-fueled rant that ends up going viral.