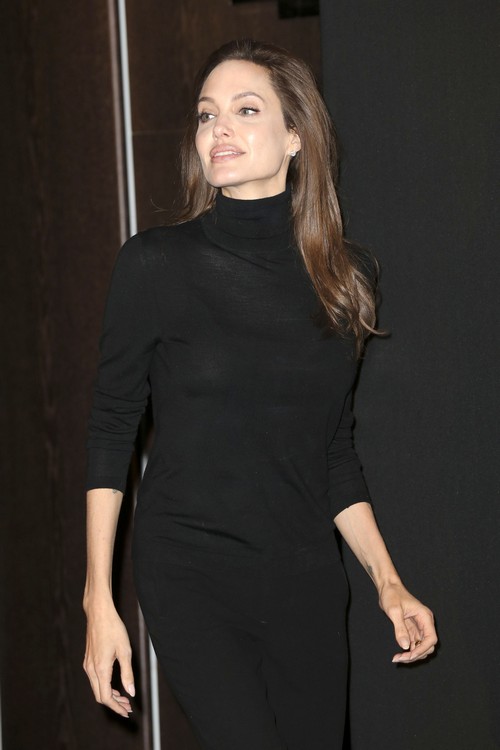 Is the Angelina Jolie and Brad Pitt marriage already a sinking ship, and is Brad Pitt cheating on Angie with Melanie Laurent? Rumors are that the shouting match they had in Australia recently just might point to signs of trouble. Angelina Jolie has a lot to celebrate these days: she has six happy and healthy children, she just officially married Brad Pitt, and her new film Unbroken is already getting Oscar buzz. One would think this would be one of the happiest times in Angelina’s long, successful life – but according to multiple reports, Jolie is actually miserable and on the verge of a breakdown.

While tabloids generally tend to over exaggerate the state of the Jolie-Pitt marriage, the fact that dozens of witnesses caught Brad and Angelina in a crazy argument on a hotel balcony in Australia seems to suggest this time it is the real deal.

Angelina Jolie is unhealthy, overworked, exhausted, smoking like a chimney again – and rumored to be flirting and cheating on Brad Pitt with her Unbroken co-star Miyavi. According to the December 7th edition of Star Magazine, Miyavi is just the tip of the iceberg when it comes to the couple’s marital problems. Apparently, Angelina is a jealous and insecure mess over Brad’s “friendship” with actress Melanie Laurent, who he bonded with while filming Inglorious Bastards. The magazine explains, “Angelina is not letting Brad out of her sight, she will follow him everywhere when Melanie is around. The stress is taking its toll on both her and Brad.”

Isn’t it ironic that Brad and Angelina’s relationship survived years of scandals and rumored infidelities – and the dynamic duo are now finally starting to crack after a month of marriage? Do you think that Brad and Angelina are cheating with Miyavi or Melanie Laurent? Is this just the beginning of the end for the newly married couple? Are you as shocked as we are that they were openly screaming at each other in public while they were in Australia? Let us know what you think in the comments below!