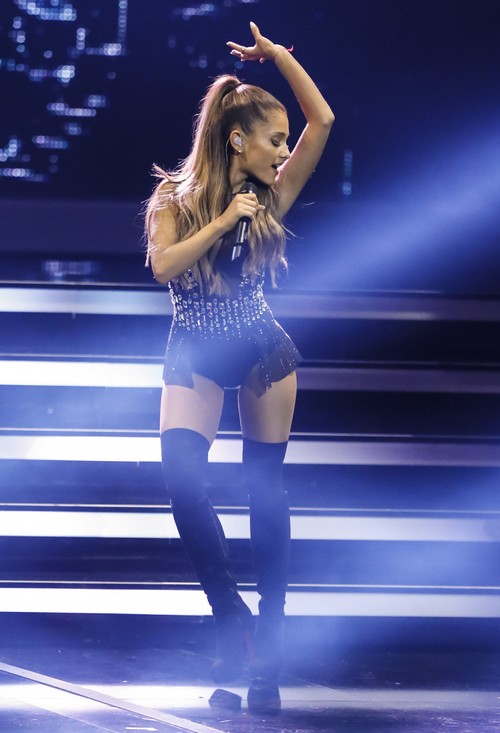 Ariana Grande the diva thinks she’s better than everyone, so this shouldn’t really come as news. Both Ariana and Lorde are set to make appearances at this year’s American Music Awards, but our sources tell us that Ariana’s upset that she’s not being treated as the headliner. Remember, this is the same girl who wanted bigger trailers than anybody else in a Nickelodeon TV show, even before anyone knew who she was.

Now, Ariana Grande’s diva behavior has becoming infamous in the industry, with most people working with her solely for the sake of her talent. We’ve mentioned time and time again that her career will eventually come to a stand still if she doesn’t get her act together, but up until now, she’s still not slowing down her crazy antics. In fact, she’s even gone on the public record and stated that she doesn’t consider her behavior to be off-side, but rather a result of ‘strong’ values and convictions. Right.

Anyway, this pretty much means that Ariana views every other singer as competition, especially if they’re in her age range. There were rumors a few months back that Ariana Grande was upset that Lorde was the one who got to curate the Hunger Games: Mockingjay Part 1 soundtrack, whereas all she got was a single on the album. These same sources added that Ariana felt cheated out of landing the top spot, and she thought she deserved it more than Lorde.

I mean, of course she did. The girl doesn’t have any concept of humility or earning her dues, and Lorde certainly did that. Ariana should be happy that she even got a spot on that soundtrack, because at the rate at which she’s going, nobody’s going to want to work with her in a few years.